A controversy erupts after winners in India claim discrimination. 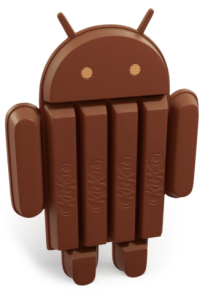 WASHINGTON, DC: A competition run jointly by Google and Nestle, created to build up hype for the Nexus 7 tablet running Google’s new Android 4.4 KitKat operating system, has come under fire from winning contestants in India who were allegedly promised the latest model of the tablet device but instead got the 2012 version.

The most irksome part is that winners in other countries did, in fact, receive the 2013 Nexus 7 model, leading to speculation as to why there was either a mix-up in India, or contestants were deliberately misled.

The Google Nexus line was launched in 2010, and consists of smartphones as well as tablets. They run on various incarnations of the Android operating system, which are generally given colloquial names based on something sweet – Ice Cream Sandwich, Gingerbread, Jelly Bean, etc. Google partnered with Nestle to borrow their Kit-Kat license for the new OS, and apparently hoped to use Nestle’s considerable market reach and brand recognition to boost sales.

The contest was launched earlier this year, specifically September in India. Specially-marked packages of Kit-Kat chocolates contained eight-digit codes that consumers could text to a given number; 1,000 of these codes were winners, meaning that those whose candies had them would receive Nexus 7 tablet computers.

The contest ended in mid-November, with winners in countries all around the world getting their brand-new 2013 Nexus 7 tablets that run the new KitKat mobile OS. In India, however, shipment of the winning prizes was delayed, and now that they are shipped out, winners in India are realizing that they’re getting last year’s model, which only released commercially in India early this year anyway.

Kit-Kat India has apologized for consumer unhappiness, saying that Indian winners received the older model because that was the latest version available when the contest was going on in September, indicating that the company had set aside a reserve of 1,000 tablets at that time and never had any intention of giving away the new model.

In other words, Indian users are, in fact, getting the most recent version of the Nexus that was available in the country at that time. The only problem is that the contest implicitly promised that they’d be getting the 2013 model, which just released in November, making the 1,000 Indian winners among the first in the country to get the cutting-edge piece of hardware.

The fine text in the contest rules indicates that Nestle – and, by extension, Google – had the authority to give out whichever version of the Nexus they wanted to, based on the territory in which the winner resides. However, promotional material for the contest clearly display pictures of the 2013 Nexus 7 and, in several all cases, says “THIS Nexus 7 tablet could be yours!”

Google and Nexus had and still have no legal obligation to give away the latest Nexus 7 model, and likely will not, but they should, as the fallout from this contest could lead to long-term embarrassment for the two companies.