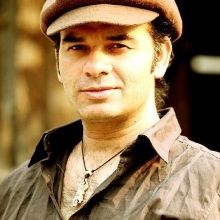 MUMBAI: Bollywood ace singer Mohit Chauhan delivers a super hit track every so often, but being a conscientious Indian citizen is what is most important to him.

Chauhan flew all the way to Delhi from Mumbai just to cast his vote for the Assembly elections. The singer was in the capital last Wednesday where he cast his vote.

The celeb singer expressed his patriotic feeling as, “I feel like a proud Indian. It’s the least I could do. I flew down to Delhi on Wednesday morning just for a few hours to cast my vote. I firmly believe the way forward for our nation is to have a robust democracy. The one sure way of participating in the process of nation-building is to vote on Election Day.”

The live concert performed in Kathmandu, Nepal on November 30th, 2013 is another moment he cherishes. The event held for the Nepalese Army Wives Association saw a record crowd of 35,000 people gathering up from all over Nepal and some covering distance as long as 10 hours to reach the venue just to hear the singer’s voice. Nepalese Press termed it as the most successful international gig ever held in Nepal.

Chauhan is currently busy juggling between busy schedule of playback singing and live concerts. In addition to his tight schedule, he is also busy fulfilling role as an Ambassador, as a World Music Champion for the British Council and touring the nation from Himachal Pradesh to Sikkim promoting music amongst children.

Being married in July 2012 and now a family man, he also ensures to take time out from his busy schedule for his wife back in Mumbai.

Chauhan, the former front-man of the Indipop band Silk Route and two-time Filmfare Award winner, shot to fame in Bollywood with the track ‘Tum Se Hi’ from the film ‘Jab We Met (2007).’ Other hit songs to his credit include ‘Masakali (Delhi-6)’, ‘Ye Dooriyan (Love Aaj Kal)’ and Tamil Song ‘Po Nee Po (3).’