RBI warns public not to indulge in the new trading platform.

NEW DELHI: Before the momentum picked up, trading in Bitcoins has suddenly slowed down to a trickle in India. 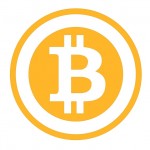 Thanks to overzealous regulations many Bitcoin trading platforms have come to a grinding halt in India after the Reserve Bank of India (RBI) issued a warning notice last week to the public of the risks involved with trading in virtual currencies. The apex bank has said that this new trading platform which has just gained currency in India could be used as a conduit for money laundering and for terrorist activities. Many in the industry read the RBI warning as a precursor to banning such transactions.

Trading platform BuySellBitCo.in which was active with Rs. 12 million Bitcoin transaction a day suspended its operations which had a cascading effect on other such trading platforms like INBRTC who also hanged up their service indefinitely.

“The RBI has stated the users of virtual currencies are exposed to both legal and financial risks. All trades which have been executed till December 26, 2013, will be processed completely. All pending orders will be cancelled and the deposits refunded,” the exchange said, in an online notice.

The US has seen active trading in Bitcoins since 2009 and there are many instances where businesses including high value transactions are executed through this virtual medium. The fever had caught on in India. Despite low internet penetration, Indians too have climbed on this bandwagon which brings together local buyers and sellers, and had many furiously engaged in this activity. This peer-to-peer open source transactions had been active in tech cities like Bangalore, Hyderabad and Mumbai. Many initial holders of Bitcoins either mined these coins or received it as fees from overseas clients.

Experts had also opined that these transactions cannot be used for money laundering or fraudulent practices as it has inherent safeguards. For example the Bitcoin network is controlled by users around the world and the virtual currency can only work if there is a consensus among all users. This virtual currency however has not yet been regulated by RBI but is under its watch list.

And it is against such backdrop that the move by the central bank came –at a time when such virtual currencies of the future had begin to gain widespread acceptance in India. While China have banned financial companies from Bitcoin transactions, various U.S government agencies have said that Bitcoins offer legitimate benefits. Bitcoin related companies in India are today at a cross-road on whether to continue operations in India or not.