Used new system called ‘bleach bypass’ to give a painting-like effect to the film. 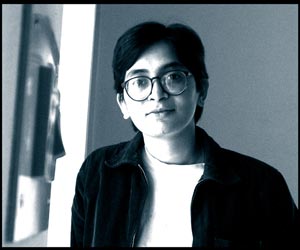 MUMBAI: Every filmmaker, irrespective of nationality, strives hard that his/her film makes it to the Oscar awards, at least gets nominated. Ajita Suchitra Veera , a Hyderabad-based filmmaker’s debut feature film ‘Ballad of Rustom’ has made the cut for the contenders list of Best Picture category at the 86th Academy awards, making the cut for the Reminder List.

This achievement comes after India failed to have its official film make the cut in the awards’ Best Foreign Film category. Nonetheless, Veera has made Indian tricolour and its citizens proud with her film being a competitor amongst other global films.

Veera had a brush with the Oscars earlier too, with her student short film, ‘Notes on Her’, being India’s official entry in the shorts section in 2003.

“It feels great to have been shortlisted from over 4000 films from across the world. It is a huge endorsement for independent cinema. What’s more gratifying is that the film has been selected for the craftsmanship and technical quality,” said Veera in an interview to The Times of India.

According to her, the unconventional film uses cinematic tools that make watching the movie a surreal experience. The film, set in an unnamed small Indian town, is a contemporary tale that narrates the magical life of an ordinary telephone lineman, Rustom, who loves to carry out different scientific experiments. The film is the combination of imagination, dreams, passion for life, love, hope and despair. 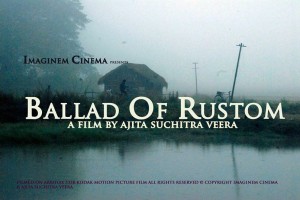 Veera is an alumni of the Film and Television Institute of India (FTII), Pune, who got opportunities to work on mainstream commercial films but chose to tell the visual stories using the traditional cinematic tools to showcase a new world on celluloid 35mm film.

Filmed with natural live sound, she used a special technique in her film called ‘bleach bypass’ which helped her to create a dream like environment and quality.

Speaking on this technique, she told the Times, “The film is constantly shifting between reality and dreams of Rustom. We couldn’t have achieved that painting like quality using digital cameras. We did not even use DI (Digital Intermediate) and edited it the traditional way of cutting the negative. We used the bleach bypass technique to achieve a desaturated, hi-contrast look for the visuals that give it the feel of a painting.”

The director shot the film entirely in Coorg (Karnataka), lived with the film for over three-and-a-half years; ultimately establishing her own production house.

Veera did the casting herself close to four months to find the right talent for the required character. The shooting took four months only in morning and evening due to the apt weather requirement that script demanded of mist and haze. Not taking to digital, she worked on sound for two years using live instruments like cello, accordions and violins; giving the film a western classical feel.