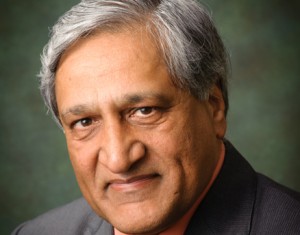 WASHINGTON, DC: The year 2013 turned out to be one for the books when it came to citizens of Indian origin running for — and winning — elected office in the US, and 2014 may prove to be an encore as another Indian American enters the upcoming midterm race: Anil B. Kumar.

A urologist, Kumar, 62, officially announced his intention to run for a seat in the US House of Representatives, from the 11th Congressional District of Michigan, which is a largely suburban area just outside of Detroit.

Kumar, a Democrat, has announced that the crux of his platform will be a drive to create jobs in the communities around Detroit to help bolster the city’s economy, and find ways to make healthcare more affordable for the area’s low-income citizens.

The city of Detroit has been in the news recently for all the wrong reason. The city filed for municipal bankruptcy last year, and is in the midst of rebuilding both itself and its image. Although the 11th District does not include Detroit, it is one of its key suburbs, and is a largely Republican-heavy area.

The incumbent Representative, Kerry Bentivolio, is a Republican who assumed the seat in January of 2013 by replacing David Curson, in a special election in 2012. He will face stiff competition from the left to keep his Congressional seat. In addition to Kumar, at least one other Democrat is confirmed to be running in 2014: Bobby McKenzie, a resident of the Canton Township in Wayne County, the most populous county in Michigan.

McKenzie was formerly with the CIA, and also announced his candidacy towards the tail end of 2013. He has already received support from some prominent Democrats in the House, including Rep. Steve Israel (D-NY). the chairman of the Democratic Congressional Campaign Committee, who has been helping to secure donations to finance McKenzie’s campaign.

Along with McKenzie, any number of other candidates could announce their intentions within the next few months. Kumar understands the uphill battle he is now facing to win the 11th District, and fundraising will be key to his chances for an effective campaign.

Born in Jaipur but raised in Mumbai, Kumar graduated from the University of Mumbai with his medical degree before moving to England, and then to the US. He completed his residency at Wayne State University, located in Detroit. He has been practicing for 33 years, has at least eight practice locations in an around Rochester Hills, and roughly 25 professional affiliations. He is a head member of the Oakland Physicians Medical Center LLC and was formerly a board member of the Oakland County Medical Society.

The elections will be held on Tuesday, November 4.