CA’s AG may have easy win. 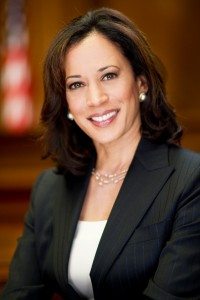 WASHINGTON, DC: California attorney general Kamala Harris has announced that she plans to run for re-election this year, saying that she has already saved up around $3 million for her campaign and officially filed the paperwork to become a candidate, on Wednesday.

The office of California’s Secretary of State, Debra Bowen, said that $2.5 million of Harris’ campaign money was raised in 2013.

Harris, a Democrat, was elected to the attorney general’s office in 2010, in an excruciatingly close election that she won by a margin of less than 1%. This time, the election is predicted to play out a bit differently – with the GOP on the decline throughout California, initial projections have Harris winning more comfortably.

Republican registration for the 2014 elections throughout the state lags behind Democrats. The decline is at about 29%, while Democrat registration has only fallen about 18%. Harris is currently not being opposed by any Republican for her seat, but the paperwork deadline to file for a campaign is March 7. While it’s likely that someone will enter the fray by then, analysts say it’s also fairly likely that Harris may go unopposed.

Harris said she “loves his job” at a press conference earlier this week, and has a large supporter base within the state.

Her current stint as attorney general is viewed favorably by the public at large – Harris was instrumental in negotiating concessions from five of the top banks in the US for a nation-wide mortgage settlement in the aftermath of the recession, and was also a key architect on the JPMorgan Chase settlement that saw the company pay nearly $300 million for the state’s employee and teacher pension fund.

Harris, who is half-Indian and half-Jamaican, is the first woman, and person of south Asian descent, as well as of Caribbean descent, to be California’s attorney general, placing her in the history books. She was formerly the district attorney of San Francisco, an office she held for two terms.