1 in every 88 children diagnosed with Autism Spectrum Disorder. 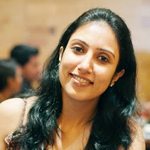 PUNE, MAHARASHTRA: When Ria saw her newborn for the first time, her eyes lit up with dreams of his delighted chuckles, naughty caricatures of days to come. Life was blissful. She couldn’t ask for more. As he started to walk, the dreams got bigger. With every step, hopes too. Every milestone, right from him holding a spoon, eating on his own, to a first time babble, was a stepping stone to success.

Ria knew her son was special. But little did she know then, that tag would literally stick to him in the years to come, shatter her dreams.

When he didn’t speak a single word at one and a half years old, he was a late bloomer to her. But something about him was changing. He never made eye contact. When she taught him, like pointing the nose on his face, or birds in the sky, he would just look at her pointed finger. He wouldn’t play with the other kids. He never waved bye byes.

She would get toys, but he would pick up a bottle of water, tilt it, spend hours just watching the water going up and down in it. He would listen to the doorbell, but not when she would call out his name. After telling herself repeatedly that there was nothing wrong with him, and failing miserably, she decided to finally approach a professional.

Her son was diagnosed with Autism.

Today, with 1 in every 88 children being diagnosed with Autism Spectrum Disorder as per the Centers for Disease Control and Prevention, there are more and more children and families that need help and support.

Being a parent and having seen a very close friend who has a son with autism, I stand face to face with this reality every day.  It’s a constant struggle; a tussle between making the child understand the ‘normal’ world and wishing to understand what goes on in his mind.

When you hear it’s a lifelong problem, no treatment can ‘cure’ it, the heart loses all hope. Yes, it’s true but only to a certain extent. While it’s not a condition a child can just grow out of, but with early intervention, you can prepare him to overcome the challenges of life. That is one hundred percent possible. The earlier a child gets diagnosed, the earlier you are able to provide with what he needs desperately to understand the world around him.  Be emotionally strong. It’s what you can do best for yourself and for your child, who needs you now, more than ever.

A child with autism generally has above average intelligence, and the personality to match. A beautiful child locked in his own mind. He lacks social skills. It hampers his speech development, interaction with the world.  It’s hard for him to express feelings. It leads to behavioral issues. He has a peculiar way of looking at the world. You have to teach him every life skill, right from saying ‘I am happy’, to how to play with friends. It comes naturally to others. Not to him. But it doesn’t mean that it has to be a lonely and dark existence. In fact, proper support system, an open environment, can help the child flourish, help excel in his chosen field.

When you see your child behaving differently from others, it’s bound to frustrate. There comes a big ‘why me’ phase. But you have two choices. One – you can just sulk, get frustrated, embarrassed. Do nothing. Second – you can get up, pull up your socks. Double your effort, with more conviction.

Accept your child. His every quirk, every behavior. If you can’t do that, no one else can. Read as much as you can on autism. Understand what works for your child because every child with this difficulty reacts differently to treatment. There are behavior therapies, biomedical interventions, sensory integration techniques (for sensory sensitivity), speech and play therapies that work wonders.

The results are not immediate. But with focus, extra attention, patience and consistency, things do improve. It hurts when someone says your child doesn’t mingle or doesn’t behave his age, but you have to look at the bigger picture. The goal for you and your child. Make it step by step. Your child sees things differently. It’s you who can understand that. Make others around him understand that too.

Ranging from classic autism to milder form, the spectrum is wide. So are the difficulties in teaching such a child. Bringing routine can make things easier. A child with autism does not accept change easily. Moreover, routine also adds a sense of anticipation that helps him learn better. He needs a sense of control and stability in everything he does; so use it as a foundation to base the learning process. Make him choose, make him ponder, as it makes the whole process interactive and stimulating.

Like any other skill in parenting, this too you learn on the go. You fumble, you get angry, you scream and then you start afresh the next day. It’s hard; often unforgiving for the mind and the heart. But it’s not the end. You can’t predict the future in normal circumstances too. So don’t fret over what lies ahead. Concentrate on what you can do now to make your child’s life better.

Autism is a harsh reality. This happens to people; people who are dear to you, who you love. You never want your kids to go through this, but this is something you cannot control. You need to learn to deal with it day in and day out. It’s certainly not a one-day fight. It’s a lifelong battle. You can prepare your child to fight it with grit and determination.

Just don’t give up; just don’t accept that you can’t change anything because you can. Who knows it better than you, a parent who fights all odds, passes through hours of labor, still has the ability to give love and affection to that one person who matters the most – the extension of your own life.

(Jaspreet Soni has a Masters in Computer Applications, but believes it is not the software but writing that helps her relate to the world which is at times black and white, but mostly a medley of colors. She likes to fiddle with fiction, reading, watch movies, baking, parenting, everyday life, and social causes – whatever the mood of the day is with a light sprinkling of humor and sensitivity. Her work has been published in an international anthology “Time to Say: No”. She blogs at http://goingbeyondthepages.wordpress.com )