The state of being stateless. 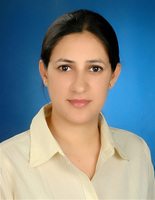 WASHINGTON, DC: It was the summer of 2004 when I first ran into the Rohingyas in Jammu, a town in northern India. Over 300 families had settled in a squalid camp next to a noisy rail track, seeking a fresh start. When I mistook them for illegal immigrants from Bangladesh, they were quick to defend, waving the one piece of identity they had- a refugee card from United Nations Refugee Agency (UNHCR).

Ten years later, I met the community members again in Washington, DC. A few dozens of them gathered outside the Burmese Embassy to protest and raise awareness about their plight. A decade has not changed much for them. They still carry the only identity they have known- an identity of being a perpetual refugee. Stateless and thousands of them still homeless.

The Rohingyas are the Muslims, mainly living in Rakhine or Arakan region of Western Myanmar. The Burmese government does not recognize them as citizens and terms them as “Bengali” migrants. The United Nations describes them as one of “the most persecuted minority”. They call themselves refugees.

Muhamed Husson Ali, one of the Rohingya protestors in DC, says he has aged waiting for a home he can call his own. Ali, who worked as a public school teacher in Maungdaw township in Myanmar, first escaped in 1978-the time when military launched Operation Naga Min (King Dragon) to drive the Rohingyas out. In the thick of the night, Ali and his 12 family members packed themselves in a small boat, crossing the river Naff to Bangladesh for refuge.

“Over eight camps had been set up then and within six months, more than 30,000 people died from diarrhea, disease and hunger. For months we lived on handful of flour and fish-powder”, he recalls.

A few months later he was repatriated to Rakhine. Ali’s home was a pile of rubble and the old job was no longer available. He started work as a community teacher, became a public writer-and then a World Food Program employee. On the sides, he was always a vocal advocate of the community rights. His voice got him into trouble, invited threats from the Burmese military and constant surveillance. In 2008, he sought refuge once again in Bangladesh, Malaysia and finally in United States. Ali says his eight children and rest of the family are still in Maungdaw, battling life every day.

“During 2012, when the riots broke out I called my family back home. They told me six young people in my town had been killed. I felt so helpless,” he says.

The only way Ali and his fellow activist Kyaw Soe Aung find strength is to raise awareness amongst the international community about their plight and persecution. They tour states, hold camps. Sometimes they protest, sometimes appeal. Sometimes they seek hope, sometimes help. More often, they seek a voice to join in their cry. “Our people live in detention camps. They need help from all of you. It is their only hope,” says Aung, as he implores the students at American University for support.

The estimates in numbers reflect their plight. There are 800,000- to one million Rohingyas living in Myanmar facing persecution, threat and daily discrimination. Over 1.4 million are scattered worldwide into nameless locations, temporary addresses and refugee camps. Over 180,000 are internally displaced, living in inhumane conditions. The situation could possibly be worse.

The Burmese government does not recognize their identity. Even as the Rohingyas trace their Burmese ancestry to 8th Century, they are still called Bengalis. In 1871, the British who then ruled Burma, brought in some of the migrant labors from neighboring Bangladesh to Rakhine region for farming. More than 150 years of living in and tilling the land has not earned them any state rights. The 1982 Citizenship Act of Burma recognizes 135 other ethnic identities, but not the Rohingyas. They face constant harassment under the two-child policy, which restricts their number of children to two. For travel, marriage, cattle ownership and even house repairs, they need prior permission of the government-a government that is never on their side.

International aid is often inaccessible. Recently, Burmese government restricted operations of Medicine Sans Frontier, which was one of the few sources of relief for internally displaced Rohingyas.

The Rohingyas remain unwanted not only in their own land, but also in the neighboring states. Bangladesh often returns boatloads of refugees. Thailand recently repatriated over 1400 of them. Australia had pushed back some. If that is not all, nature has been cruel. In November 2013, 70 refugees died when an over-crowded boat was capsized.

Beyond the deep sea, lies the devil. Violence against them in Rakhine region ebbs and rises. Clashes of 2012 had claimed over 200 lives. More recently, over 40 of them were killed in Du Chee Yar Tan in Ali’s town of Maungdaw.

Mention the Maungdaw incident and Ali breaks down. In his frail voice he attempts to make a coherent appeal to the international community, hoping to find some strength. States have been cruel. Nature has been perilous. International community has been indifferent. Who is on their side, he asks.

Ali walks out of the panel discussion to yet another event at the Capitol. It seems as if the cold has shrunk him. It is just not the weather. It is the tireless struggle, he says, hoping that someone heard him this time.

(Pawan Bali has been a journalist with The Indian Express newspaper and CNN-IBN in India. Currently, she is pursuing her Master’s in International Peace and Conflict Resolution at American University, Washington, DC.
An Event on Rohingya Muslims, the Hidden Genocide, was organized at American University by Creative Peace Initiatives.)