WASHINGTON, DC: The Loudoun County Board of Equalization (BOE) in northern Virginia now has a new appointee among its ranks: Subba Rao Kolla, a real estate agent who was selected to a three-year term on the prestigious committee. 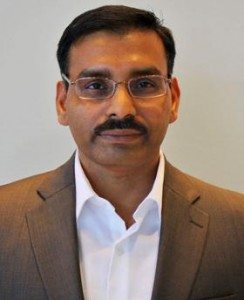 Kolla’s appointment came from Scott York, the Chairman of Loudoun County, and marks the first time an Indian American has ever served on a Loudoun County committee.

The county, located just outside of Washington, DC, is routinely ranked among the most affluent in the entire nation, and has a strong base of Indian Americans in cities such as Leesburg and Ashburn.

According to the state Code of Virginia, the BOE is “charged with the responsibility of determining whether a property assessment is equalized among similarly situated properties and is assessed at its fair market value as of January 1 of the year in question.” Additionally, the Board is able to “increase, decrease or affirm real property assessments in order to ensure that these two tests are met.”

Kolla is a well-respected realtor in Loudoun County, having worked in real estate for over 10 years, and is well-known among the local Telugu community. He holds an M.Tech degree from the Indian Institute of Technology (IIT), Kharagpur, and owns his own real estate firm, called Advin Realty.

He is also very engaged with the Indian American community, both at the local and national level. His work with the community has been lauded by Virginia Governor Bob McDonnell, as well as by the Telugu Association of North America (TANA), which commended Kolla for his new appointment.