Sethi, 2 businesses to pay over $15 million in damages.

WASHINGTON, DC: Anshoo R. Sethi, the Chicago-based businessman charged with being at the helm of an immigration scam that bilked him millions of dollars in illicit profits, has settled the case with the Securities and Exchange Commission (SEC), which will receive over $15 million in damages from Sethi and two other organizations involved with the scheme. 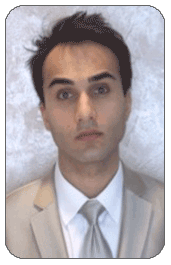 Under the terms of the agreement, which was reached last week, Sethi, A Chicago Convention Center, LLC (ACCC), and Intercontinental Regional Trust of Chicago, LLC (IRCTC), will jointly pay over $11.5 million “in disgorgement and prejudgment interest, subject to offsets for certain amounts refunded or credited to investors,” according to a press release issued by the SEC. Additionally, Sethi will pay a civil penalty of $1 million, while ACCC and IRCTC will pay civil penalties of up to $1.45 million each.

The settlement also enjoins and restrains the defendants from “offering or selling securities issued by any of the defendants or issued by any entity owned or controlled by Sethi” for 20 years, issues “permanent injunctions against future [SEC] violations,” and stipulates that ACCC and IRCTC will “wind up and dissolve” after satisfying the financial terms of the settlement.

Sethi is a managing director for both ACCC and IRCTC, with the original complaint calling the two bodies his “alter egos.”

“The IRCTC bank account commingled assets of ACCC and IRCTC and other businesses and personal accounts related to the Sethi family, and the companies did not abide by corporate formalities,” reads the complaint. “Sethi used the two entities interchangeably in carrying out the scheme alleged herein.”

The sum total of all those restitutions — $11.5 million jointly, $1 million from Sethi, and $1.45 million each from ACCC and IRCTC – comes to $15.4 million, just a drop in the bucket when compared against the nearly $158 million the scam in question was allegedly worth.

The scheme involved Sethi telling foreign investors, mostly based in China, that he was planning to build a convention center and hotel in the heart of Chicago, near the O’Hare International Airport, for which he needed funding. The hook Sethi used was telling these foreign-based investors that he could get them visas to come to the US and begin a legal pathway to citizenship via EB-5 visas, an “Immigrant Investor Program.”

In reality, however, the SEC uncovered that many of the documents and assurances Sethi gave these investors were false. Sethi claimed to have over 15 years of real estate development experience, all the necessary building permits, the support of the local hospitality sector, and the necessary documentation from US Immigration and Customs Enforcement – all of which were never true.

The case was brought to the SEC’s attention by a whistleblower, who made a $14 million payday (10% of the total money involved in the crime, which was estimated at around $140 million) for the tip under a program instituted by the SEC in 2011 to crack down on financial crime.

The case against Sethi and his associates was officially filed on February 6 of last year, at which point all the involved bank accounts and assets were froze, On April 19, the US District Court in Chicago ordered that all money be paid back to the investors.

Sethi was raised in Chicago, and holds a degree in international finance and marketing from the University of Illinois at Chicago.