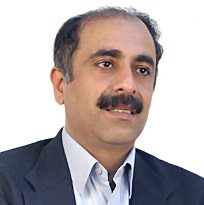 NEW DELHI: If the poll projections for India’s parliamentary elections being held in April-May are true, then there is fair chance that come May, Mr. Narendra Modi, a leader of the Bharatiya Janata Party (BJP), could be the Prime Minister of India. If this is indeed the case, then the US government has its task cut out – when and where shall President Barack Obama and Prime Minister Narendra Modi meet for the first time? How will such a meeting be choreographed?

In normal times this question may have been moot – but these are certainly not normal times in U.S. – India relations.  A host of contentious issues have cropped up between the two nations ever since India passed the nuclear civil liability bill in 2010. The nuclear deal in itself also remains a sore point with U.S. business, and the U.S. administration. If anything more could have been done to roil the relations further, it was provided in generous measure by the Devyani episode.

The situation becomes even more complex if it is Mr. Modi who assumes the office of Prime Minister.  Even though he never applied for a visa to travel to the United States since 2005, a sustained campaign by various interest groups opposed to him has created what can be called as a “visa issue” for Mr. Modi. The core of this “visa issue” has been the hypothetical question – will he get a U.S. visa if some day he decides to apply for one? Neither the U.S. Congress nor the state department have handled the matter well, rather kept it festering in bureaucratic statements.

The key questions then also become – how will the history of this visa issue cloud Modi’s view about the United States? And what should the U.S. administration do to understand him better as a person?

It will be useful to also note that while Modi was facing an American and European winter over the past decade, the governments of Asian nations were sowing seeds of cooperation with him. In the past decade, Modi has visited China and Japan, their officials have been visiting Gujarat, and these governments have encouraged state-supported investments in Gujarat. Of course there have been American investments also in Gujarat – but there has been no American political support for these private investments.

In fact another question lurking in the background is whether Modi’s foreign economic policy will have a soft-leaning towards Asia, as compared to the U.S.? The short space in this article does not allow a discussion on that, and is the subject of another article.

If the answer to where Modi and Obama could meet for the first time is the United States, then we must first knock aside the visa issue. The Prime Minister of India goes to any country only upon an appropriate invitation and the host government has to ensure full protocol. Thus it is irresponsible to even discus that the U.S. could invite the Indian PM, and then keep him hanging about a visa!

The first meeting between the two leaders can happen in two scenarios – either a one-on-one meeting at sidelines of some global multilateral that Obama and Modi are both attending; or a standalone meeting at Delhi or Washington, DC.

There are at least two occasions within next six months where both need to be present – the UN General Assembly at New York in September, and the G20 summit at Brisbane in November.

Thus the first opportunity for a meeting between the two will in fact be in the United States, at the UN. Given that it shall be a first chance for Obama to meet Modi, it is most likely that the two shall meet at the sidelines at UN. In case they do not meet at New York – that will be bad news. This is the bare minimum that must happen to nurture a new momentum in U.S.-India relations.

In fact the right thing for the U.S. to do will be to invite Modi to the White House after his visit to the UN. A meeting on sidelines at the UN will not bring the personal and strategic punch which the U.S. should invest in this relationship.

Depending on how and where they meet – either only the sidelines at UN, or at the White House – the outcomes of the meeting will have to be prepared and negotiated in advance.

Though a minimum necessity, a meeting at the sidelines will not bring the burst of oxygen that this relationship sorely needs. The smart step would be a meeting at the White House. However, a summit at the White House will need some big, bold initiatives that should be announced as outcomes of the summit. If there is no possibility of any big announcements after the summit, then Modi will rather meet only at sidelines at New York.

When, and where they meet, the two leaders must first get past the legacy issues that have been troublesome – the baggage of the nuclear deal, trade disputes, and the Devyani episode.

Before the two leaders meet, the machineries of U.S. and Indian governments must be in the same book – maybe different pages – regarding these issues, and firewall the status quo on those issues that are temporary irreconcilable. Given Modi’s penchant for mega-schemes, and his need to bring rapid growth in India, and the sunshine a big robust initiative could bring in U.S. – India relations, it will be necessary that the interlocutors must engage in some far-reaching economic diplomacy to prepare for the summit.

A Obama-Modi summit must invest political capital in identifying new frontiers of U.S. India relations and building trust between the two nations.  If Modi becomes the Prime Minister, Obama could well use the occasion when he makes the customary congratulatory call to Modi, and invite him to the White House in September – that will be good opto-politics, and a robust step, to start with.