Fund in place, but nobody getting any money from it. 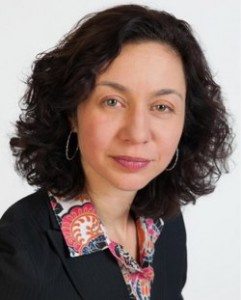 Joshi, who was confirmed as the new chairwoman and CEO of the Taxi and Limousine Commissioner (TLC) on April 10, is pushing a proposal through the New York City government that she herself helped draft when she was the TLC’s top litigator just months ago. According to reports, the proposal would create a healthcare and disability fund that would help insure drivers who have been put out of worth for various reasons, such as injury.

According to the New York Daily News, the fund has already been in place since 2012, when the TLC originally voted to create the fund. So far, it has accrued more than $1.4 million, all from current taxi and limo drivers who have contributed to it themselves. But no one can get any money out of it until the benefits program is voted on and implemented.

Since October of 2013, cab drivers have been required to contribute six cents from each of their fares to the fund. The TLC has appointed the Taxi Workers Alliance, a non-profit organization in New York City, to help with the administration and distribution of the money when the time comes. Bhairavi Desai, the organization’s executive director, has also played a critical voice in giving New York City’s taxi drivers, many of whom are from south Asia, a voice in the matter.

Joshi is helming several different traffic safety initiatives that have taken precedence in the Big Apple, ever since Bill de Blasio took office as the city’s Mayor earlier this year. Joshi and de Blasio are working on a movement called Vision Zero, which is an adaptation of a Swedish road traffic safety project from 1997 that city officials hope will curb traffic accidents and fatalities, which have increased over the last few years.

In addition to the benefits fund, several other measures are being mulled over. One that may gain substantial traction is an “honor roll,” which would give taxi drivers that drive well and avoid legal offenses some kind of commendation that they could display in their cab, with the idea being that if a customer sees a safe cab and a non-safe cab, they’ll always choose the former.

Fundamentally, for Vision Zero to work, a culture change needs to be initiated that makes all cab drivers operate safely and effectively, while giving them the wages and benefits they think they deserve. To that end, Joshi has a long road ahead of her, but the unanimously elected commissioner has the support of her people and the city’s government.

“Joshi has the goodwill of driver lobbying groups, for now, but to get cab drivers onboard to the extent that safe drivers set the tone for the fleet, the TLC will have to ruffle some feathers as well,” says Streets Blog NYC writer Brad Aaron.

Founded in 1971, the New York City TLC is a charter-mandated agency that is the most active regulator of for-hire ground transpiration in the city. Joshi has had several years of experience working with road-related legislation in New York City. She holds a B.A. and J.D. from the University of Pennsylvania, and was previously the Deputy Commissioner of Legal Affairs and General Counsel for TLC.