WASHINGTON, DC: Anita Badhwar, an author and mother of two, has launched the second book of her children’s book series entitled “Little Princess Rani and the Palace Adventures” series, which have the unique distinction of being centered around a female Indian character, and are geared primarily toward Indian American youth. 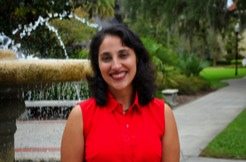 Raised in Toronto, Badhwar immigrated to the US in 2000, settling down with her husband in Florida. Badhwar now has two children (ages 10 and 8), and it was in trying to find children’s books and other reading material for them that she realized the dearth of content out there for those wanting to learn more about Indian culture.

“After I had kids, I began looking for material out there that could connect my kids to Indian culture,” Badhwar said, in an interview with The American Bazaar. “But I wanted books that they could understand. Books written in India, by Indian authors for an Indian audience, have a different perspective of the culture than those living outside of India.”

An extensive search of any kind of reading material that fit Badhwar’s criteria bore little fruit, which is when the University of Florida graduate decided to put pen to paper and write her own books.  For a business and management student, who was working for the University of Florida, the decision to become a full-time writer may seem odd – but not to Badhwar.

“Writing is something I’ve done recreationally,” she explained. “But a big part of being a writer is knowing how to market yourself, which is what my background is in. So I am using that aspect of my education with what I’m doing now.”

To develop the ideas for the books’ stories, Badhwar turned to her target audience in order to see what they might like and what they would respond most enthusiastically to.

“What happened with the first two books is that I would get an idea, and kind of develop that [and] basically turn it into a story, and then test it out on a couple of kids that I know to see what their reaction is and what their interest level would be,” said Bhadwar. “If they like it and they think it’s interesting, I just take it from there.”

Badhwar launched the series’ inaugural title in October: “Rani Saves Diwali,” a tale that features the book’s eponymous character literally saving the Hindu festival of Diwali. In the process, she (and Badhwar) are able to educate young readers about the festival, what it means to those who celebrate it, and the basic tenets of Hinduism itself. The books even contain some basic Hindi words, along with translations, to teach kids some of the fundamentals of the language.

“It’s important to me that these books present information [to children], but do it in a story kind of way so that it’s entertaining for the children that are reading the book,” said Badhwar, adding that it was critical to make the books not come off as completely factual handbooks about India and its culture. 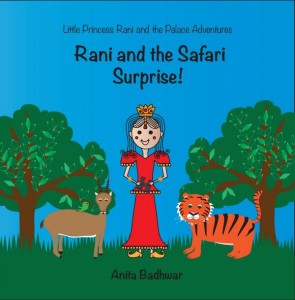 Badhwar initially tried to get the book released through a traditional publisher, who could have gotten the book out into more stores and given the series increased exposure. That, said Badhwar, proved nearly impossible, as the American publishing market has little interest in children’s books about another country.

“I was somewhat frustrated with traditional publishers because I was unable to get them interested in the idea of an India-themed children’s book series,” Badhwar explained. “So that led me to have to self-publish through Amazon, but [it is] also what really convinced me to go for it.”

Now, in just six short months, Badhwar has launched the series’ second book: “Rani and the Safari Surprise.” Inspired by Badhwar’s own childhood trips to India, the story follows Rani and her brother, Raja, as they go on a safari jungle tour in India, learning about all the different kinds of animals along the way.

The “Little Princess Rani and the Palace Adventures” books are currently available on Amazon. Each book is about 30-40 pages in length, and has full-color illustrations that Badhwar herself does. Badhwar says she doesn’t know how many books the series will ultimately have, but is constantly developing ideas for future installments and hopes that the series is able to reach as many desi youngsters as possible.

To help share the books with as wide an audience as possible, Badhwar has been traveling to local libraries and schools to give public readings of the book, and says that the reception she’s gotten from both children and educators has been largely positive.

“Teachers at my children’s school are very interested in teaching students about other cultures, so they’ve read these books to the kids and have gotten a great response to it,” she said. “[The books] are really primarily targeted at second and third-generation Indian American kids,” said Badhwar, “but it is written in English, and can easily be understood by non-Indians.”

As for the future – Badhwar is currently focused on the Little Princess Rani series, and has no immediate plans to branch out into other literary fare. She is currently developing the next book in the series, which she hopes to have out by the end of the year (and given the six-month turnaround between the first two books, that’s certainly possible).

Given the incredible breadth of topics Badhwar can choose from relating to Indian culture, it’ll probably be a while before Little Princess Rani runs out of adventures.