Not a Reagan or Thatcher. 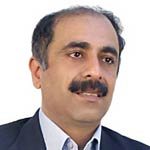 NEW DELHI: As India’s parliamentary election moves into its last days, with results to be declared on May 16th, no one knows what is locked in the proverbial ballot box till it is opened.

Widely speculated by media in India that Mr. Narendra Modi of the Bharatiya Janata Party will be the winner, it is time to analyze what impact he could make on the country, and what can be some public suggestions that could help to accelerate the development of India. This is therefore the fifth in a series of seven columns that are analyzing and suggesting ways forward in case there is a Modi government.

The personality and image

It will not be an overstatement to say that the one and only one debate that has dominated the 2014 election in India has been about the optics of Modi. Of course the personality and image of any potential leader is under scrutiny when a nation elects its leader. In case of the present elections in India the magnitude of impact is enormous if we consider that these elections are the largest exercise of democracy in human history – over 810 million voters will have decided the destiny of India by the time results are known next week.

It is but natural that a leader who helms India, a nation of over one-sixth of the world population, will have the chance to leave a mark on the internal and external environment of the country. If Modi is elected as Prime Minister, it will be to a large extent because of his image as a leader who can deliver change to an aspiring and stirring India. In the process of delivering internal change, Modi will also need to engage and carve a rightful role for India in the global theater.

In fact the expectations from Modi are too onerous, and he may not be able to deliver on all fronts, and to the satisfaction of what a resurgent India demands of him. However, this discussion will be the subject of another column, another time.

Today, your column focuses on the personality of Modi, and what kind of a leader he could be, if he assumes the Prime Minister-ship of India. Recently there have been some interesting conjectures

The next leader of India will have to face and overcome a slew of complex challenges. These challenges may be broadly split into two buckets. One is the challenge of a huge and diverse country, extreme inequities, poor infrastructure, and rural and urban divides – and against this background to set a path for the accelerated social and economic development of the nation. On this count, though dissimilar to the China of 1980s, and having no love lost for communism or its shenanigans, India needs to galvanize itself somewhat like China did under Deng.

The other challenge of India is to foster civic discipline and respect of law, and economic growth in areas which have no natural or other resources – much like what Lee Yuan Kew delivered to the people of Singapore. Waste and waste management, sanitation and toilets in a country where over 597 million people defecate in the open, clean drinking water and clean rivers are a challenge that needs smart planning, but it also needs strict civic discipline and rule of law in India.

Of course both of the above leaders performed in systems which were not democratic, and both had access to totalitarian or semi-authoritarian machineries at their disposal. A leader in India can never have the controlled or semi-authoritarian grip on the country which Deng or Lee Kuan had. However, in terms of the scale of change, India does need, and its electorate is demanding, a change on the level of what Deng and Lee Yuan contributed to their nations.

India is not the United States of the 1980s

Ronald Reagan or Margaret Thatcher did not face the infrastructure deficit that the India of 2014 faces.

The United States of the 1980s probably had 24×7 electricity, clean drinking water, and a toilet in every home. Most citizens of the U.S. also probably had a home in which to live, schools for all children, and a healthcare facility to go in case of need. The road systems were there in good shape connecting every town and village, and so were the sewerage, sanitation and waste management systems across most of the country.

There may have been poverty among few in the U.S. of the 1980s, but there was a social web to support the hungry. There was a decent irrigation system, no farmer suicides, and no wastage of millions of tons of agricultural produce due to no storage facilities.

The U.S. had its basic infrastructure almost completely in place. At the time, the country was at a very different stage in its evolution as a nation, and Reagan provided visionary leadership on those other fronts. He did not have to face any of the above mentioned challenges.

India, on the other hand needs to get its basic infrastructure in place and lift hundreds of millions out of the scourge of poverty. A leader of India has to bring change that is visible – electricity for homes and industry, roads and public transports, housing, schools, hospitals, clean towns, sanitation, toilets, clean rivers, and so much more.

Modi’s personality or operating style may resemble Ronald Reagan or Margaret Thatcher, or any other world leader, but as earlier said that is only half the story. If Modi becomes the Prime Minister, the people of India need and expect him to show results that are mega-sized and visible much like what Deng and Lee Yuan brought to their countries – and that is the real story.