Easier to fill out, but more time consuming.

WASHINGTON, DC: The US Citizenship and Immigration Service (USCIS) has fully implemented the newest iteration of the N-400 form, a critical piece of paper necessary for those who are looking to become fully naturalized US citizens. 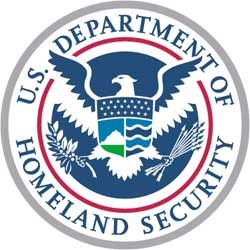 The N-400 is a form used by current green card holders to apply for naturalization. The new version of the form, which was originally announced back in February, is more detailed and ask questions that are said to be helpful for immigration officials to make judgments as to which applicants should become eligible for naturalization.

The new N-400 is also clearer and easier to fill out. However, it is longer and more time-consuming than its immediate predecessor, necessitated by the more exhaustive nature of the questions.  It could ultimately prolong many green card holders’ waits for full citizenship, as more people apply and the forms take longer for officials to evaluate.

“The revisions to Form N-400 provide USCIS with additional tools to make important eligibility determinations, present customers with clearer instructions, and incorporate technology that improves efficiency and accuracy for both USCIS and our customers,” the USCIS said, in a press release. “Although the form is now revised, the eligibility requirements for naturalization have not changed.”

The USCIS will no longer accept any older versions of the N-400, and requires all applicants to fill out the newest version of the form. The filing fee for the N-400 application is $595 plus an $85 “biometric fee,” for a total of $680, although applicants at or over 74 years of age are not charged the latter fee.

Although longer, and despite carrying the potential to elongate the citizenship process, the new form should ultimately be beneficial to green card holders. The N-400 now requires less information about each applicant’s travel history, and English waivers can be granted at the time of filing itself, making it easier for those whose English is not particularly strong.

The form can be filed via postal mail, and also online. The USCIS released the following YouTube video to help inform the public about the new N-400: