WASHINGTON, DC: The one of only two Indian American player to ever make it to the National Football League (NFL), Brandon Chillar, who was a lineman for the St. Louis Rams and the Green Bay Packers, had his share of heavy tackles and mind numbing hits from opponents weighing a couple of hundred pounds. But he’s in the news now for a charge of a different kind: bringing down a tree. 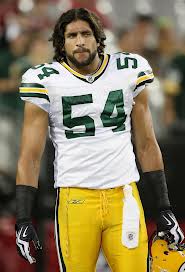 Chillar mowed down a rare tree in Balboa Park, San Diego, California, severely damaging it in the process, reported CBS. However, it’s yet to be determined by authorities if he will face charges in what is being termed as a hit-and-run incident.

Police say Chillar smashed his 2013 Audi into a rare Sapphire dragon tree at the park, just before 5:00 a.m. Sunday morning and then took off on foot.

“Based on the description of the driver, officers found him about four blocks away,” said Lt. Kevin Mayer, San Diego Police Department.

At present, Carlsbad High School has Chillar listed as a defensive coach for the football team.

CBS News 8 went to Chillar’s home in Carlsbad but he didn’t want to comment on camera. Off camera, Chillar says he fell asleep at the wheel and walked only about a block because he thought his car was going to blow up.

The former NFL player was not arrested, but police say they are investigating the crash as a hit-and-run.

Lt. Mayer says Chillar was not given special treatment rather he needed medical attention at the time of the crash, “He was transported to a local hospital for injuries.”

“At this point the officers who were at the scene do not believe alcohol was a factor,” said Mayer.

Chillar says he later went to the scene and saw the damage but was unaware of he took down the park’s only Sapphire dragon tree.

Chillar was drafted by the St. Louis Rams in the fourth round of the 2004 NFL Draft, after he played college football for UCLA. He is one of two players of Indian-American descent to ever play in the NFL, next to Sanjay Beach.

Born in Los Angeles, California, Chillar was raised in Carlsbad, California, near San Diego. At Carlsbad High School, he starred in both track and football. His mother is of Irish and Italian descent and his father is of Indian descent. [1]

In 2008, the Green Bay Packers signed Chillar to a two-year, $5.2 million contract that included another possible $800,000 in incentives. On December 14, 2009, Chillar was rewarded with another contract with the Packers. This time he signed a four-year, $22.65 million contract with $7 million guaranteed. On July 29, 2011, he was released by Green Bay.