CALICUT, KERALA: Searching for Kuttichira I thought would take time.  On the contrary, it was easy enough to locate it. Not very far from the main rail head, it’s well known among the cabbies and auto drivers of the city. 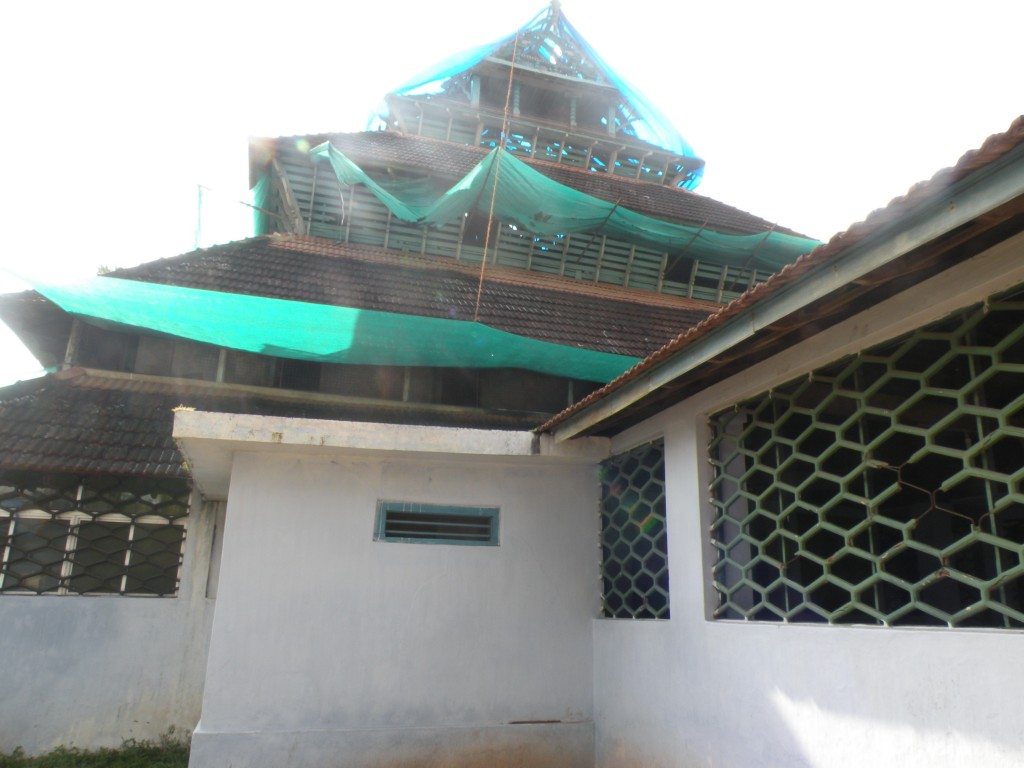 Once the main city square, it falls deep inside that part of Zamorin’s Calicut where houses have been built several centuries back, bringing in a rush of nostalgia into my veins. With glee I surveyed the enclave of Kuttichira where father time has not been in a hurry –thankfully so. The city which once smacked of majestic palaces and majestic houses is today fast getting peppered by incongruous high–rise monstrosities also known as apartments.

As I stepped into this rabbit-warren of  back roads and narrow lanes — a typicalMoplah locality — I could survey numerous quaint crisscrossing of cobble-stone pathways dotted with centuries old ancestral homes called tharavads, not to mention historic mosques in the shade of hundred-year-old trees. 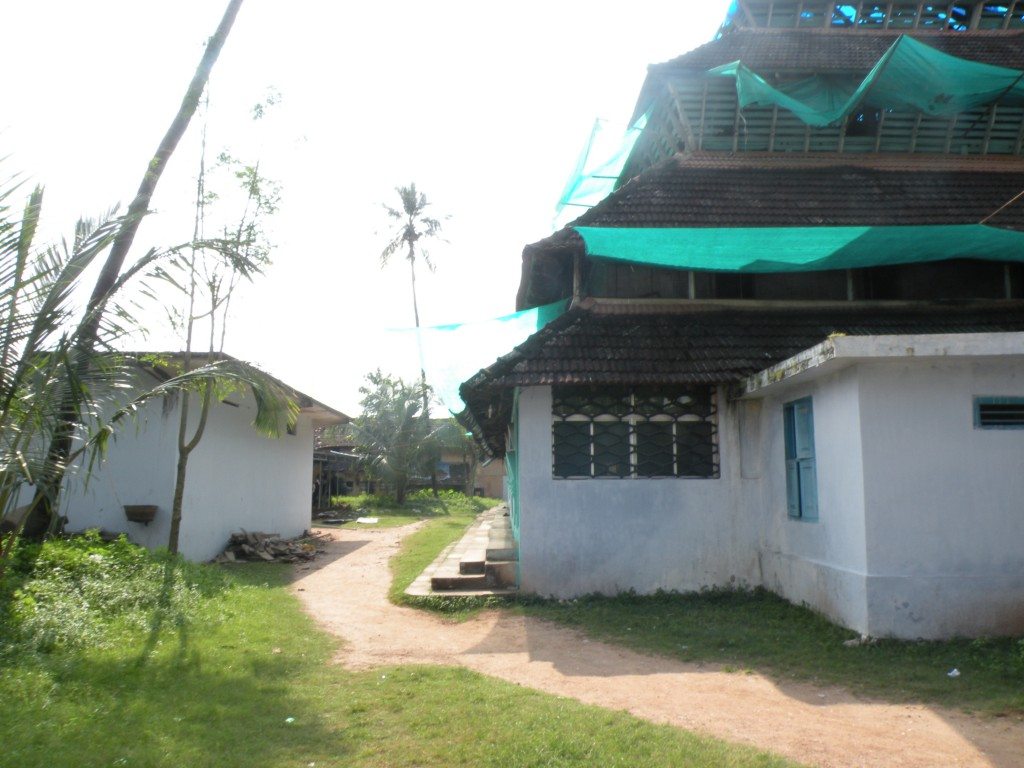 Wayside teashops called chaya-pedias are ubiquitous too. To complete this pristine picture the muezzin’s calls wafted through the sweet-moisture filled breeze filling in from the Arabian Sea as stark white mundu clad men, burkah adorned ladies and kids trooped back from school.

Moplah culture has been pulsating through this locality passed on from centuries when Arabs came to the coast as traders. Even the dialect of the locality has a definite character which could be easily identified for their heavy dependence of Arabic. 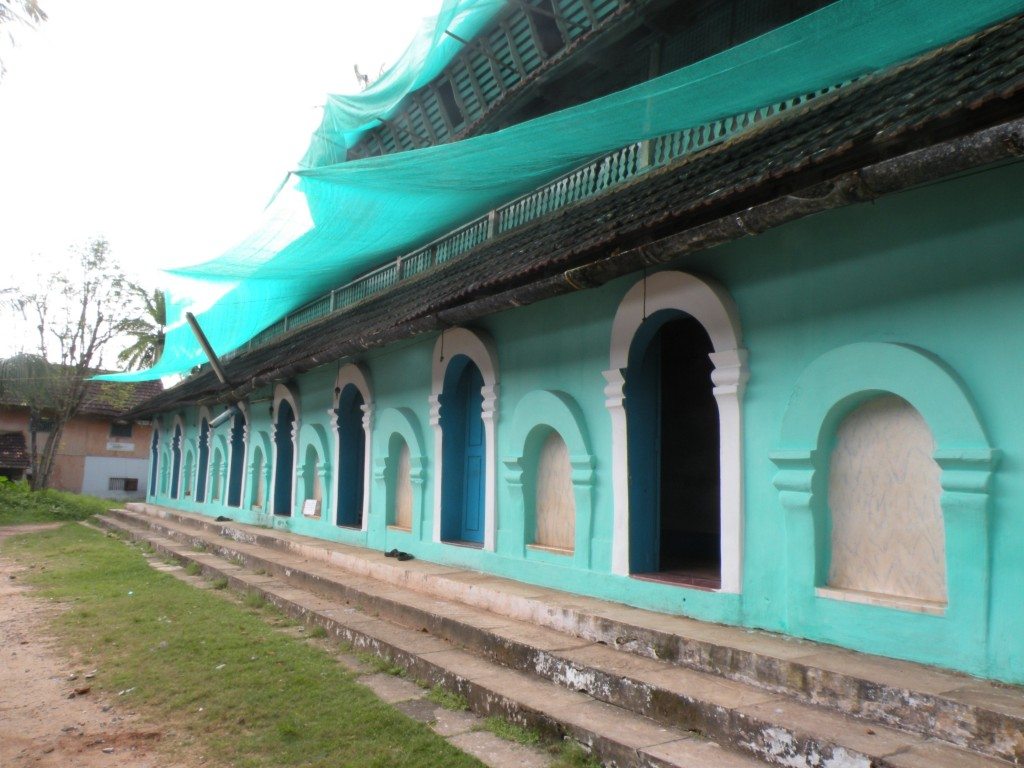 Descending onto this rather unassuming complex one October evening after a short drive from the city I found it soothing to see how well culturally integrated mosques have been built here. There was no feeling of intimidation or even getting overwhelmed by the structure that had stood its ground soaking in the vagaries of nature and time for almost 700-odd years.

Conspicuously missing were the trade mark minarets in the structure that made me wonder for a fleeting moment whether it was a mosque or not. I stepped into the rather small and modest entrance of the famous Miskal mosque with a sense of trepidation but without getting those strong inexplicable vibes associated with imposing monuments. But all that I could feel was a sense of peace and of being ‘’at home’’ which I could easily blame on the soul caressing architecture, a judicious blend of Arabic style and Kerala temple motifs. 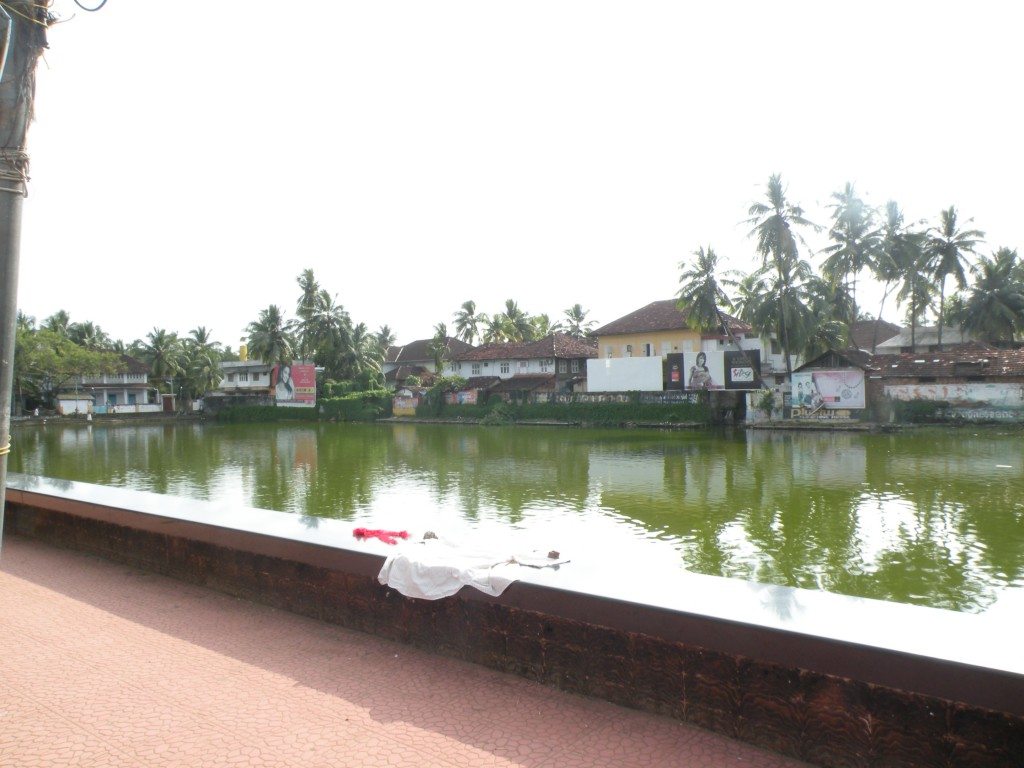 The Kuttichira area, also called Thekkepuram, houses two other mosques – the Jama Masjid and Muchendi, along with Miskal, which are all medieval structures. Unlike in Ponnani, the Jama Masjid in Kozhikode does not appear prominent. It is larger in size but it is laid along the street and only the two-storied porch engages the street prominently.

Built by a rich Arab businessman and ship owner Nakhooda Miskal nearly 700 years ago, the five-storied Mosque, located in the heart of Kuttichira, is an architectural and historical landmark. With intricate carvings on its numerous wooden doors and ceilings, the shrine is reminiscent of Kerala’s unique temple architecture, especially with the Gopuram-style entrance arches and the absence of minarets.

For a moment you think you have stepped inside a house. I noticed that the wooden plank on the platform is many inches thick and the columns are solid wood sculpted in geometrical forms. And the ceiling, as I looked up, was ornate with floral motifs and verses of Koran being etched. I was told by the caretaker that the inscription refers to the later addition and expansion of the mosque. The addition and the original core are seamlessly stitched.

I could almost count 50 doors for this mosque which is built upon 24 wooden pillars. It is unique in its architecture and craftsmanship I was told.

“The depth of granite stone foundations is equal to the height of wooden pillars over which wooden beams are erected. Wooden doors are used in all the four floors that are existing. There were double storied buildings called padippura for the entrance to the courtyard of the mosque at north, south and east side which was used by Arab travelers to stitch caps,’’ caretaker M K Koya said.

On one side of the mosque, I could almost see the past in the soot covered walls inside the mosque when the Portuguese set it ablaze centuries back ostensibly to drive a wedge between the Hindus and Muslims. The mosque was saved by the timely arrival of Zamorin’s troops.

The space is spartan but the wood is sumptuously used. It is the rich details of the wooden construction that reflect its ornamentation. Another interesting fact I noticed was the lack of religious symbols and representations and on the whole the spatial quality resembles that of the large wooden houses of Kerala which is again a tribute to the smooth integration of several cultures.

Another very interesting feature of the blending of cultures are that many  mosques here also generally sport a square or rectangular water tank or Chira similar to temples which enhance the beauty and serenity of the complex.

The locals told me that the Kuttichira tank is sacred to both Hindus and Muslims, for according to legend, a rich and influential woman Kuttishira had donated the tank to the Muslim community. But Koya, caretaker of the mosque, said the water body was donated by Zamorin as a gesture of goodwill towards the Muslims.

As dusk descended, I detected some activity in and around the pond. Moss covered laterite benches around the tank were slowly filled by men in the locality who began to gather here for their after-dinner chats, speaking Arab laden Malayalam. You might even hear an old ballad, belted out on late moonlit nights around here. Mappila songs have a unique charm and carry a mix of the ethos and culture of Kerala as well as West Asia, dealing mainly with themes such as religion, satire, love and heroism.
I observed that at one level, the Mapillas, Muslims of north Kerala, had helped evolve Arabic Malayalam and engaged the local language through Arabic. At another level, they followed social customs like Marumakkathayam or the matrilineal system prevalent among communities like the Nairs. Customs like tying thali or mangal sutra, dowry system and other rituals were assimilated into Muslim culture and it was natural that the architecture of the mosques in Kerala too became part of the assimilation process.

A smug pride in their old culture and traditions is unmistakable. And that culture demands that Moplah women be veiled while outdoors. However, inside the four walls of their homes the old matriarchal system granted women higher social status and special powers. While girls live on in their parents’ home even after marriage, the boys either live with their in-laws or visit their spouses, joining their in-laws for supper everyday and staying on for the night. They may contribute financially to the household, but their visiting rights and status remain unchanged nevertheless. Understandably, this system created large families.

Kuttichira is a densely populated Muslim locality in Calicut city and is also known as Mappila Town in early municipal records. Of late the area has been known as‘Thekkepuram’. The area has thrown up a distinct sub-culture in the midst of the sizeable Muslim population in the ancient port town. One of them has been the presence of the joint family system also called Tharavads.

Kattil Veedu, a Tharavad with a lineage that goes back 400 years, holds the record with 100 family members under one roof. The extended family though number 3000 — spread all across the globe. Kattil Veedu stands not far from Miskal mosque in Kuttichira, close to where a Sufi’s house once stood and referred to by none other than Ibn Batuta, the 14th century Moroccan traveler. These Tharavads also had its distinct Padippura which had broad wooden doors and tiled roofings.

And as the stars became brighter and the night darker, lit-up by the street lamps and the houses, I could see the clear dark silhouette of the moss covered stone benches leading to the now glimmering glass like pond reflecting  a giant picture of inverted buildings and twinkling lights coming alive with laughter and Mapilla songs and some words came rolling over like a haunting poem…

Into my hopeless life journey
you came as a messenger of love
into the shoreless darkness of my heart.