BENGALURU: Here are the top five Indian CEOs in the tech industry:

Francisco D’Souza, the CEO of Cognizant, is the highest paid CEO in India with a yearly salary of $12.2 million (close to Rs. 73 crores). He joined Cognizant in its nascent stage and moved up the ladder to become its CEO, replacing Lakshmi Narayanan in 2007.

D’Souza, 46, has also played a major role in the creation of NASDAQ-100 Company in 1994. As the CEO of Cognizant, D’Souza spends much of his time in operations and business development, dealing with clients who use the outsourced resources for building software and project maintenance.

D’Souza’s father Placido D’Souza was an Indian diplomat who worked as Consul General in New York and High Commissioner to Port of Spain, Hong Kong and Nairobi. Due to his father’s constant overseas ventures, he lived in more than 9 countries.

Vishal Sikka is the CEO of Indian technology firm Infosys. Prior to his joining Infosys he was the member of the executive board of SAP AG. Sikka also became a member of the Global Managing Board of SAP, spearheading all products and research at the global level. 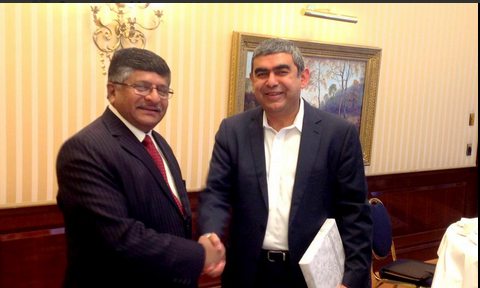 Sikka’s 12-year-old relation with SAP ended on May 2014 after he resigned citing “personal reasons”. Soon after leaving SAP, Sikka was hired by Infosys as its CEO and MD. Sikka is India’s second highest paid CEO, with a yearly salary of $5.08 million (Rs. 30 crore) according to the latest filing of Infosys.

He was born in Madhya Pradesh to Punjabi parents. His father was an Indian Railway officer and mother a teacher.

N. Chandrasekaran. popularly known as N. Chandra, is the CEO and Managing Director of Tata Consultancy Services (TCS). Chandra, who was the COO of TCS, was promoted as its CEO in October, 2009.

According to the financial returns statement of Chandra, he earns a fiscal year salary of Rs.18.68 Crores. Earlier, in 2013, his annual income was just around Rs.11.6 crores, which means in just one year’s duration he got a salary hike of whooping 60%.

Chandra was born in a Tamil Brahmin family in Mohanur, Tamil Nadu. He is currently based in Mumbai and is living with his wife Lalitha and son Pranav. 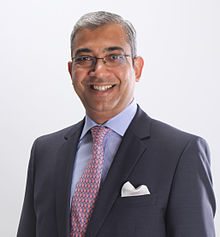 Ashok Vemuri is the CEO of iGate, a Bridgewater, New Jersey-based Technology company providing operational solutions and integrated technology. Prior to joining iGate, Vemuri headed the operations of Infosys in America and also its global head of manufacturing and engineering services.

Before joining Infosys, Vemuri worked in various banks such as at the Bank of America and Deutsche Bank. Vemuri’s expertise in global sourcing and innovating technology for the next generation has received wide recognition in the tech arena.

Vemuri currently resides in New Jersey and he earns a salary of Rs 16.2 crore, which is close to $2.7 million.

T.K. Kurien, the CEO of Wipro, is a chartered accountant by qualification. Kurien was president of Wipro’s Eco Energy business until 2011, when he took over as the CEO of the IT business. In June 2008, he took on the responsibility of heading Wipro’s Consulting arm, WCS (Wipro Consulting Services), and spearheaded its growth, establishing it as a distinct offering by Wipro. 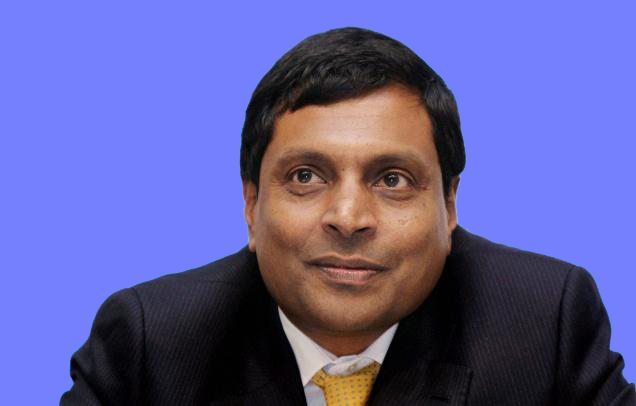 Kurien is also a serving member of the Wipro’s Corporate Executive Council. He gets a yearly salary of Rs 6.55 crore or $1.1 m. Before starting a relationship with Wipro, Kurien worked as the CEO of GE X-Ray till 2000 and even before that he was the CFO of GE Medical Systems.

(This story has been revised to correct Mr. T K. Kurien’s profile).