Contest will begin in the summer of 2015. 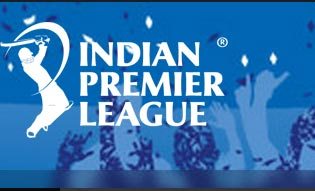 WASHINGTON, DC: The creators of the successful ‘Million Dollar Arm’ contest, which enriched two Indians and pitchforked them into professional baseball circuit, are now planning a new talent contest in the United States: ‘Million Dollar Bat’ – the winner will play in cricket’s most popular T20 tournament in the world, the Indian Premier League (IPL).

The Million Dollar bat contest is the brainchild of sports agents JB Bernstein and his business partner Ash Vasudevan, according to The Economic Times, which reported the news from the Host Cities meet in Dubai.

The duo will organize the unique contest in June, 2015, in the US, and will also feature baseball hitters who want to make a cross-over to cricket. The winner will train with an IPL franchise from November 2015.

Bernstein and Vasudevan had earlier organized the Million Dollar Arm, a reality TV contest in India that sought to find fast throwing pitchers. The contest was won by Rinku Singh and Dinesh Kumar Patel, who became the first Indians to sign a professional sports contract in America.

Million Dollar Arm sought to discover baseball talents who could throw strikes at a speed of at least 85 mph (136 kph) in a cricket-crazy land. With Million Dollar Bat, Bernstein and Vasudevan are turning their gaze on a baseball-crazy land for a cricket prodigy who has to first learn a new game and then compete with established players for selection, said the Times report.

Singh and Patel were the subjects of a Disney film by the same title that released earlier this year, featuring Mad Men’s Jon Hamm as Bernstein. A Bollywood version of the movie is in the works, said Vasudevan. In terms of speed, a baseball hitter playing cricket is unlikely to be flustered by pace because strikes of 100 mph (160 kph) are not unusual in baseball. But deceptions in pace, swing and spin of the ball could be a different story.

Bernstein, who managed baseball legend Barry Bonds for more than a decade, isn’t worried. “Having spoken to a number of professional baseball players and cricketers, I think there is a great deal of crossover between the two sports, especially in terms of hand-eye coordination,” he said. “I’m confident we’ll find ourselves a US-born IPL star.”