Mutilated woman had sticks, stones, condoms in her private parts. 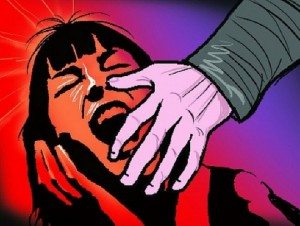 NEW DELHI: As Delhi woke up on Saturday to vote for a new government, there was some sickening news too that made headlines, to make one feel humanity has nosedived to bestial depths, a crime that will do down in history as perhaps unparalleled in its cruelty: the body of a 28-year-old woman was found in Bahu Akbarpur in Haryana’s Rohtak district. Post-mortem results found she had been gang raped, tortured, mutilated and murdered.

The body of the mentally-challenged woman, who reports say was from Vardia district in Nepal, was found last Wednesday, three days after she was reported missing. The victim had been under treatment in Haldwani, reported The Times of India. She had come to Rohtak in Haryana, a few months back to visit her sister, who works as a domestic help in the city.

India is still to recover from the horror of the Nirbhaya gang rape case in December, 2012, when a student was gang raped on a moving bus in Delhi, brutalized with an iron rod inserted in her vagina, and thrown off the bus. She died from her injuries.

The latest gang rape case in Haryana, however, is even more brutal. The woman’s body was found without key organs, along with sticks, stones and condoms stuffed into her private parts, the Times report said.
Police said the woman’s body was decomposing when autopsy was conducted on it at Pandit Bhagwat Dayal Sharma Post Graduate Institute of Medical Sciences (PGIMS) in Rohtak on Thursday.

PGIMS’s forensic medicines department head Dr. S K Dhatterwal said he has supervised or conducted around 30,000 autopsies, but has never seen such brutality in his 29-year career.

He said two stones were inserted into the slain woman’s anus. “Her face was eaten by animals; her lungs and heart were found missing. Also, her skull had fractured and there were injury marks on both her thighs and chest,” he said.

Doctors took five hours to conduct the autopsy. “There was a 16cm long and 4cm wide stick-like article in her vagina. We presume that a longer stick was used and it may have broken inside her. We also found a number of condoms in her vagina,” Dhatterwal was quoted as saying by the Times.

Rohtak SP Shashank Anand said they have no clue about the identity of the rapists. “We have constituted an SIT to track down the perpetrators,” he said. “We have put our best investigators on the job.”

Anand said the woman was a victim of aggravated sexual assault.

“It is a blind case of rape and murder… We are conducting a scientific probe considering all possible angels,” he said.

The police have announced a reward of Rs. 1 lakh reward to anybody who provides information about the rapists.

Despite national outrage and protests on the streets of cities in India after the Nirbhaya gang rape case, the spate of crimes against women has been unabated in the country.

Recently, a 15-year-old girl was gang raped by three minors in Agra, Rajasthan, and the video of the crime circulated on WhatsApp. The crime surfaced only two days after another heinous crime took place in Sambhal district, where a college student was abducted and raped by four men. That crime was uploaded on YouTube by the perpetrators.

The Times reported earlier that Sunitha Krishnan, an anti-trafficking activist based in Hyderabad begun a campaign called ‘shame the rapists’ on the internet. She had posted photographs of six alleged rapists, after having seen a video that a friend had forwarded to her. Her car was vandalized soon after. The rapists of that unidentified crime are still at large.