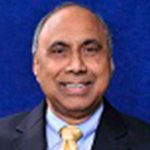 WASHINGTON, DC: As we approach the end of the first quarter of 2015, it seems an appropriate time to reflect on what the future holds for India and the United States.

The United States is the oldest and India is the largest democracy in the world. However, it is not the system of government they share or the size of their populations that matter.

What matters are the common democratic values that bond them together and the potential economic and social synergy that can be realized by these two great nation states working together for the benefit of each other and the world writ large.

During his first visit to India in 2010, President Obama explained very eloquently why the relationship between the two nations is so essential and crucial for world peace and prosperity. Addressing a joint session of the Indian Parliament, the President said:

“… [We] are two strong democracies whose constitutions begin with the same revolutionary words — the same revolutionary words — ‘We the people.’ We are two great republics dedicated to the liberty and justice and equality of all people. And we are two free market economies where people have the freedom to pursue ideas and innovation that can change the world. And that’s why I believe that India and America are indispensable partners in meeting the challenges of our time.

During that visit, the President also said there was a “historic opportunity” for the United States and India to “make the relationship between our two countries a defining partnership for the century ahead.”

“Indispensable partners” with a “historic opportunity” to create a “defining partnership” for the 21st century – those could have just been empty rhetorical phrases.  President Obama’s second visit to India at the beginning of this year proved they were not and that he was ready to stand and deliver on those words.

While the media coverage of the visit focused primarily on the President’s participation in India’s Republic Day parade, the more substantive part of his agenda related to moving the business and economic agenda between the two nations forward.

The President noted this in his remarks to a roundtable of Indian and U.S. CEO’s just hours before he became the first U.S. president to be the chief guest at the Parade. He stated, “[Even] as this visit is rich with symbolism, it’s also a visit of great substance.”  He went on to assert, “We’re advancing the vision that I laid out in my last visit – India and the United States as true global partners.  And a core element of this vision is greater trade, investment and economic partnership.”

The roundtable included President Obama, Prime Minister Modi, and senior officials and prominent CEOs from both two countries.  I had the privilege to be one of the executive participants in the meeting at the invitation of the White House.

The CEO roundtable produced numerous solid recommendations in five broad areas to strengthen the “Strategic Partnership” between India and the United States: Integrating into Global Supply Chains – Partnering in Manufacturing; Technology Innovation and Education; Healthcare and Life Sciences; Agriculture, Cold Chain and Food Security; and, Bilateral Ease of Doing Business.   These recommendations will be pursued through an ongoing Strategic and Commercial Dialogue.

That dialogue will determine which recommendations will be implemented. In this blog, we highlight and share our perspective on recommendations from two areas (Ease of Doing Business and Smart Cities) that have been discussed as part of the Strategic Dialogue and on an Indian initiative (Make In India) that will have a significant effect on whether the envisioned “partnership” can be brought to fruition.

Of all of the areas in which the roundtable generated recommendations for trade, investment and economic reform, the pivotal one is “Ease of Doing Business.” Positive results in this area establish the preconditions and create the operational framework to ensure that the overall reform is successful.  Essential actions here include:

Given the current needs across the country of India, this digital emphasis is absolutely necessary.  I would like to suggest expanding and reframing the focus a little, however.

In my opinion, truly smart cities are not just digital. Truly smart cities are green cities.   They have a superior educational system, an infrastructure including residential and commercial housing that is state of the art, magnificent parks, museums and public facilities, convenient and accessible transportation for all, and services that make them wonderful places to live and to visit.

I recommend that the comprehensive master plans developed and implemented for each of these three cities be for that encompassing a scope. If they are, using India and America’s extraordinary competence and ingenuity in developing them, they will become not only fully digital places.  They will become truly smart cities – in fact, they will become brilliant ones and showcases for the world to see.

Make in India is an initiative of the Modi administration designed to increase production throughout India.  It dovetails with the “Partnering in Manufacturing” area of recommendations from the roundtable.

The United States and India already have a promising collaboration together with the US helping to start up 200 community colleges in India with connections to those in the States.  Make in India provides the opportunity to take this relationship to the next level if done properly.

Community colleges in the U.S. are the primary vehicle for preparing workers who do not pursue 4 year degrees to participate in the 21st century workforce. They can and will do the same here – if the right American community colleges that are leaders in building competencies for advanced manufacturing, technology and other skilled occupations are brought to the table to the “partners” in this endeavor.

In addition, the new community colleges in India have to be placed and constructed to increase the opportunities for Minorities to benefit from this higher education.  As recent research has shown and Prime Minister Modi has acknowledged, much more needs to be done to bring Muslims and other minorities into the economic and social mainstream of India.

While I have concentrated specifically on skill development, I would make one general recommendation here.  That is:  Don’t let Make in India be guided by the mistaken belief that the anticipated results can only be achieved if it is Made by India, for India and in India. To achieve its ambitious goals, Make in India needs to be a “joint venture” with shared responsibilities and returns for both nations, and the institutions, investors and businesses therein.

In closing, India and the United States have done the initial spade work for achieving a state of interdependence in the 21st century.  If that state is fully realized, it will lead to:

Interdependence and opportunity for all in India regardless of religion, caste or socio-economic status

The intentions are good.  The foundation is being put into place.  Time, talent and tenacity will tell whether this solid beginning can be carried through to yield the desired results.

(The writer, a businessman and philanthropist based in the Washington, DC, area, is a Brookings Council Member. His website is www.frankislam.com.)