Thomas is an alum of Pondicherry University.

WASHINGTON, DC: Sprinklr, a New York-based startup anchored in the marketing industry, is the latest Indian American-led endeavor to make a splash with big funding from big players.

The company raised $46 million in a new round from existing investors Intel Capital, Battery Ventures, and Iconiq Capital, bringing its total funding to $123.5 million and raising the 700-person company at $1.17 billion, according to a report by Fortune. Sprinklr was valued at barely half of its current worth — $520 million, to be exact — when it closed its Series D just under a year ago.

Sprinklr develops and markets a social software platform that helps large enterprises manage consumer experiences in social media. Some of the 650 companies that have partnered with Sprinklr include Nike, Verizon, Samsung, Deloitte, IBM, and McDonald’s. 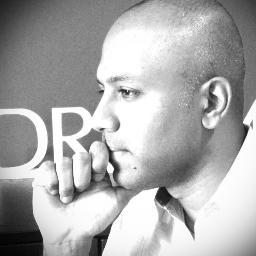 “We are challenging the channel-centric, function-centric thinking and technology that [companies] have built over the last 100 years,” Thomas told Fortune. “Social is the lynchpin, the central point around which you’ve got to be building your omnichannel front office,” he continued.

The project has grown at an astronomical rate since Thomas self-funded it in 2009 — organically at first, and then via acquisitions which began to transpire in 2014.

Prior to launching Sprinklr, Thomas was the president of Epsilon’s Interactive Services from 2006 to 2008 and the CTO of Bigfoot Interactive, an email marketing leader that Epsilon acquired in 2005, according to Sprinklr’s official website. Thomas also serves on the board of directors at Kenscio, a digital marketing services company he co-founded in 2009, and Cloth, a mobile fashion application company.

Thomas earned his M.B.A. in Finance and Information Systems from New York University’s Leonard N. Stern School of Business and his Computer Science Engineering degree from Pondicherry University in India.