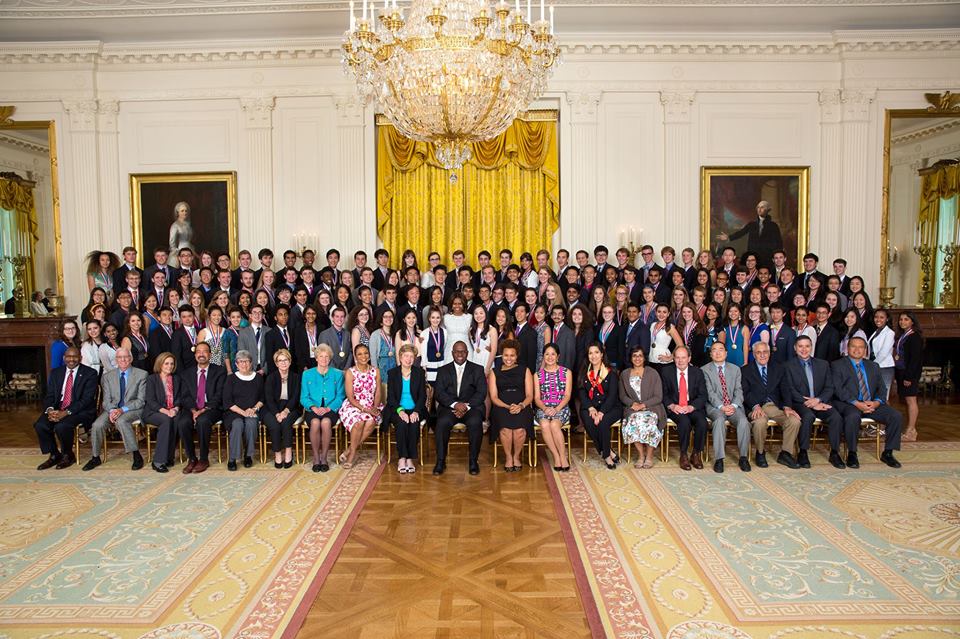 WASHINGTON, DC: Eleven Indian Americans are among 141 students named as Presidential Scholars for 2015, one of the nation’s highest honors for high school students.

A program of the Department of Education, the U.S. Presidential Scholars Program was established in 1964, by executive order of the President, to recognize and honor some of our nation’s most distinguished graduating high school seniors. In 1979, the program was extended to recognize students who demonstrate exceptional talent in the visual, creative and performing arts.

For the academic component of the award program, students are eligible if they are a U.S. citizen and “score exceptionally well” on either the SAT or ACT standardized tests, or if they are nominated by their Chief State School Officer based on outstanding scholarship.

In order to become a Presidential Scholar via the arts, a student must be a U.S. citizen, “demonstrate academic achievement,” and participate in the National YoungArts Foundation’s nationwide YoungArts Program.

Application for the U.S. Presidential Scholars Program is by invitation only; students may not apply individually to the program or be nominated outside of the aforementioned process.

Presidential Scholars are brought to Washington, D.C. the summer after they graduate from high school. During the National Recognition Program, they meet with government officials, educators, authors, musicians, scientists, businessmen, among others. They are also felicitated with a Presidential Medallion in a ceremony sponsored by the White House.

The Indian American students who were named as Presidential Scholars this year are: