Gang of 4 stabbed Patel with heated knife, put bug spray in his eyes. 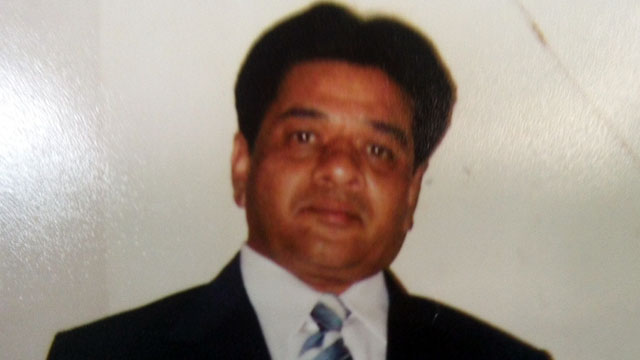 NEW YORK: Gruesome details are being revealed in the murder of Anderson County, South Carolina businessman Chandrakant ‘C J’ Patel, whose body was found in July of 2012, after his family reported him missing.  Patel owned a gas station in the area.

Patel was kidnapped by four people who later brutally tortured him to give up his debit and credit card pin numbers. When Patel refused to comply with the gang’s demands, he was shot dead, according to testimony in court.

The trial of the third person charged in connection with the death of Patel – who went missing on July 1, 2012 – is underway, and testimony Tuesday included horrid new details, reported Wyff4.com.

Surveillance video led to the arrests of four people on kidnapping charges, which were upgraded to include murder charges, after Patel’s body was found July 11, 2012, in a wooded area near the Hartwell dam.

Zachary Gantt pleaded guilty in November 2014 to murder, kidnapping, armed robbery and possession of a weapon during the commission of a violent crime in Patel’s death. His sentencing was deferred until after he testifies against the other suspects in the case.

Kyndra Howell was acquitted in February of the murder, but was found guilty of kidnapping, armed robbery and possession of a weapon in Patel’s death.  She was sentenced to 50 years in prison.

The trial of the third suspect, Jeremiah Johnson, began Monday.  He is charged with murder, kidnapping, armed robbery and possession of a weapon during the commission of a violent crime. The fourth alleged culprit Ezra Williams is awaiting trial on the same charges.

Jurors on Tuesday heard the prosecution describe the last moments of Patel’s life. They said Patel went to a Howell’s home to pay for sex.  Investigators say Patel had been paying Howell, who is in her 20s, for sex. They said Howell decided that she and some male accomplices would rob him.

The Independent Mail reported that Patel was led deep into some woods under the cover of darkness, a prosecutor said Monday.

His hands bound, Patel was already bruised and bloodied, having been beaten in a house in Homeland Park before he was driven 11 miles to a wooded area near the Georgia border, 10th Circuit Assistant Solicitor Rame Campbell said.

In the woods, the three people with Patel tried once more to get him to give up the personal identification numbers that would grant them access to his debit cards and cash, Campbell said.

When that didn’t work, “a 9mm pistol was put to the side of his head and the trigger was pulled,” Campbell said. Patel’s body was found days later, his hands still bound.

According to a statement read aloud in court Monday, Johnson, now 32, told investigators that Howell approached him and Gantt. Johnson said she told them there was a man inside the house she rented in Homeland Park who had money and that “she or we should rob him.”

In that statement, Johnson admitted binding Patel with “a cord or something like that,” and talked about how “things got out of hand” once Williams arrived later. Johnson admitted going to a Spinx on S.C. 81 and trying, unsuccessfully, to use Patel’s debit card, ther Mail reported.

Johnson said that Patel was tortured by Williams, whom he called Cuervo. Johnson said that Williams heated a knife and burned Patel with it, and also put bug spray in Patel’s eyes. Johnson also admitted walking into the woods with Patel, Gantt and Williams, then seeing Williams shoot Patel. Johnson admitted helping to get rid of Patel’s car by taking it from Homeland Park to a rural area in Fair Play.