Graf signs on as brand ambassador of ‘Kerala Ayurveda’. 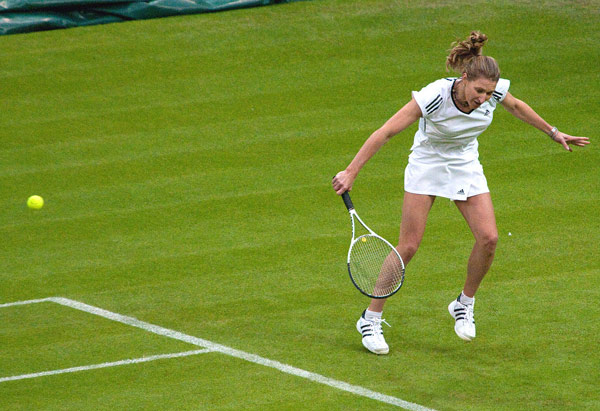 BENGALURU: Former World No.1 women’s tennis player Steffi Graf has been selected as the brand ambassador of Kerala Ayurveda after a cabinet meeting held today and announced by Chief Minister Oommen Chandy.

According to Chandy, the Germany-born Graf now settled in the United States, was unanimously selected by Kerala department of tourism as part of the ‘Visit Kerala Scheme’ of the government. The decision to appoint the 46-year old tennis icon was taken by the cabinet on Wednesday, Chandy said.

He also added that the tourism department has already conducted several rounds of discussions with the ace tennis player and also has reached an agreement on promotion.

Graf’s professional career is marked by several milestones; she is the only player ever to find place in the No.1 spot of World Tennis Association for a continuous 377 days; she won 107 single titles, placing her in the list of the top three all-time best players after Martina Navratilova (167 titles) and Chris Evert (157 titles) and she is the only women/men player to ever win 3 grand slams in a calendar year 5 times.

Kerala is well-known for its Ayurvedic tradition that has the power to rejuvenate the body and mind but, lately the department of tourism has seen a decrease in the number of tourists opting for Ayurveda treatment. This is mainly due to the availability of low cost treatment in neighboring countries like Sri Lanka. By roping in Graf as the brand ambassador, Kerala is hoping to reinvigorate and attract more tourists worldwide.