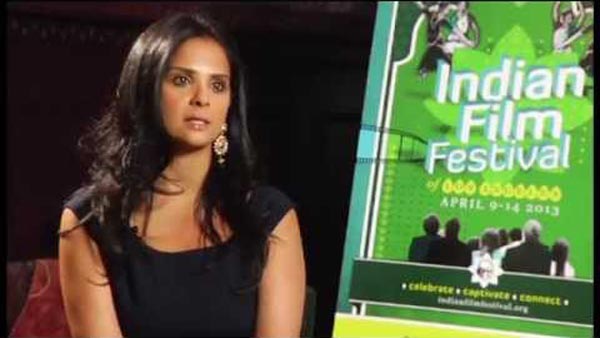 “Bela has done an incredible job of starting a studio from scratch three years ago and launching a series of hits on programming services ranging from NBC and Fox to A&E and Netflix,” said NBC Entertainment chairman Bob Greenblatt, according to Deadline Hollywood. “This business is very important to the overall performance at NBC Entertainment.”

World Screen reported that Jennifer Salke, the president of NBC Entertainment, added: “We’re very happy that Bela is going to continue to run the studio at a time when the demand for American television shows keeps growing in this country and around the world.”

Bajaria and her family moved from London to Los Angeles when she was 8 years old to, as she puts it, “pursue the American dream.” Her Indian parents did precisely that, launching what would become a collection of car washes, which her younger brother now runs, according to the Hollywood Reporter.

Bajaria says she decided early on that she wanted to pursue a career in entertainment. With the exception of a brief post-college stint running a nonprofit focused on third-world children, she has been working in the industry since 1996, when she took her first job at CBS.

During her 15-year tenure there, Bajaria, 40, oversaw more than 150 television movies and miniseries, as well as the creation of a cable division at CBS TV Studios, cited the Hollywood Reporter, before moving to Universal where she rebuilt and rebranded the studio.

The mother of three spends whatever downtime she has away from work with her writer husband and family, according to THR — doing math with her daughter, Rami; playing soccer with Sofia; immersing herself in the world of superheroes with son, Enzo; and assisting her mother, who runs a nonprofit domestic violence shelter in Los Angeles.”
Follow @ambazaarmag