Dhoni was conferred with honorary title of Lt. Col.

BENGALURU: The Indian cricket captain MS Dhoni has got a break from cricket, which he is utilizing to undergo training in the elite Para regiment of the Indian Army.

Dhoni, conferred with the honorary rank of Lieutenant Colonel in November 2011, needed to complete two-week training with five parachute jumping sessions. The ace wicketkeeper captain wrote to the Army authorities expressing his willingness to start the training on August 5.

According to Defence Ministry spokesperson Sitanshu Kar, Dhoni reported to the Para Brigade, Agra, on August 5th and currently is undergoing training from the Para Training School for the five parachute jumps that he will do in the coming weeks.

Dhoni donned the uniform of a commando back in 2011 when he was awarded the honorary rank of Lieutenant Colonel in the Parachute Regiment. 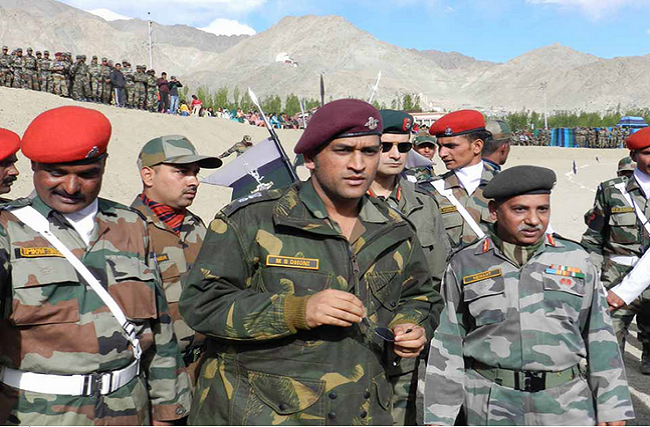 The Indian captain, who was part of the world cup winning team of 2011, was conferred the honorary rank for his outstanding contribution in sports and his support to the Army on various occasions.