Modi’s ‘Make in India’ fly against the face of job-taking robots. 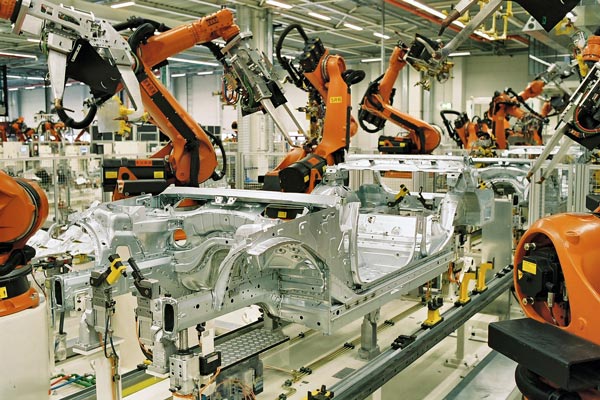 WASHINGTON, DC: While robotics and automated assembly line continue to permeate the factories responsible for Indian manufacturing, boosting productivity and carrying out low-skill tasks precisely and efficiently, one could be forgiven for assuming India is getting a shot in the arm that will boost the national economy.

While in theory, improved output is good for economic growth, rise of robotics is creating a major problem for Prime Minister Narendra Modi — robots are taking the jobs of the unskilled laborers that he wants to put to work as part of his “Make in India” campaign aimed at creating jobs for the impoverished.

According to a new report by Bloomberg, India’s “largely uneducated labor force and broken educational system” aren’t ready for the more complex jobs that workers need when their low-skilled roles are taken over by machines.

“The need for unskilled labor is beginning to diminish,” said Akhilesh Tilotia, head of thematic research at Kotak Institutional Equities in Mumbai and author of a book on India’s demographic impact. “Whatever education we’re putting in and whatever skill development we’re potentially trying to put out – – does it match where the industry will potentially be five to 10 years hence? That linkage is reasonably broken in India.”

Robot installations in India grew 23 percent in 2013 from the previous year, according the latest data available from the International Federation of Robotics.

With the advent of industrial robotics, it is unclear whether factories opened in India will create the number of jobs that Modi is expecting.

“If you build a factory today assuming that it will create 100 jobs, in the course of 10 years as new technologies are adopted, it may create only 10 or 20 percent of the jobs you expected,” said Makoto Yokoyama, the head of Mitsubishi Electric Corp.’s factory automation division in India, who told Bloomberg he has witnessed Japan’s car plants employ fewer and fewer workers.

Antoine van Agtmael, a former World Bank economist who coined the term “emerging markets” and is writing a book on automation undermining the advantage of cheap labor, believes education will continue to be the key to any long-term plan for Indian economic success on the global stage.

“The challenge for many emerging markets, like India, will not be to create low-cost jobs, but to make use of its gigantic human potential through broader and better education,” he said.

Currently, UNESCO estimates India is home to 287 million illiterate people, which is a sum greater than the population of every other country on Earth except China and the U.S.

“It’d be a lie to say that robots won’t steal jobs,” said Sonali Kulkarni, who heads the Indian arm of Fanuc Corp., one of the world’s largest robotics manufacturers. “They will, but not the jobs that people should be aspiring to. People are capable of really a lot more than mindlessly loading or unloading from a machine or welding.”