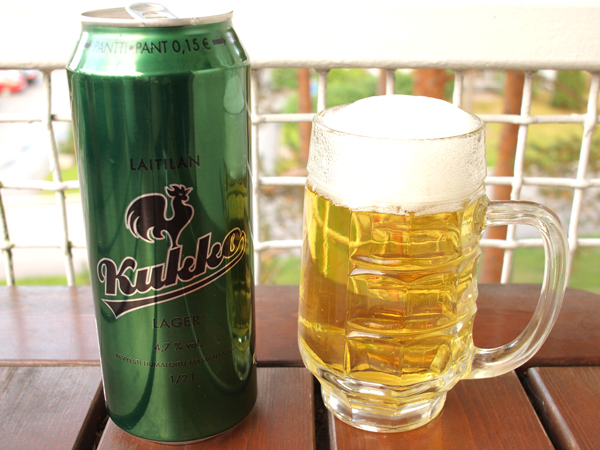 While the earliest yeasts known to man have been used for millennia to make ales, bread and wine, lager beer — and the yeast used to create it — dates to just 500 years ago.

According to historical accounts, brewers in Bavaria began to notice that beers stored in caves over the winter were continuing to ferment circa the 15th century.

The result was lighter and smoother beer dubbed lagers — after largern, the German word for “to store” —  that were overwhelmingly popular in the 19th and 20th centuries and became the de facto preference for beer drinkers in the U.S.

In modern times, researchers at the University of Wisconsin-Madison say DNA sequencing has allowed them to identify the genetic signatures of lager yeasts and have discovered that modern domesticated lager yeast is a hybrid of two different yeast species: Saccharromyces cerevisiae, the original ale-making variety, and Saccharromyces eubayanus.

“Lager yeasts did not just originate once. This unlikely marriage between two species, genetically as different from one another as humans and birds, happened at least twice,” said University of Wisconsin-Madison evolutionary geneticist Chris Todd Hittinger according to Oxford University Press. “Although these hybrids were different from the start, they also changed in some predictable ways during their domestication,” he continued.

For instance, since being adapted for beer making, the S. eubayanus genomes have experienced increased rates of evolution, including in some genes involved in metabolism.

Some metabolism genes, especially those involved in fermentation and sugar metabolism, may have been shaped by domestication in brewing.

Hittinger added that the results of the study — published in the journal Molecular Biology and Evolution — do not mean that all modern lager beer yeasts are essentially the same.

Regarding the strains of yeast utilized in industrial-scale brewing today, “there’s a lot of diversity that’s been left on the table,” he noted. “It raises the question: In the entire population, are there additional variants that might be useful? Is it an accident of history what gets hybridized?”