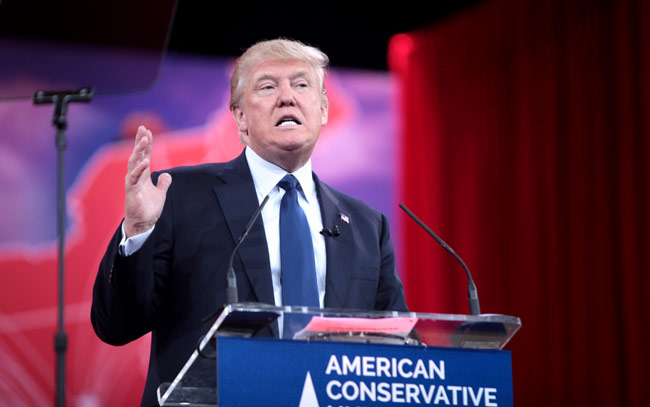 Polarizing GOP, the presidential candidate Donald Trump released his immigration plan on Sunday, and one of the most glaring facets of his decidedly anti-immigration model is that it will be significantly more difficult  for tech companies to grant H-1B visas to foreign workers.

The key component of Trump’s plan for the H-1B visa include an increase in the prevailing wage, making it more expensive to use H-1B workers. Many visa holders are paid the lowest prevailing wage level set for entry-level positions. Trump doesn’t spell out his specific action plan, but some have argued for eliminating lower prevailing wage levels altogether, according to Computerworld.

“We need companies to hire from the domestic pool of unemployed,” wrote Trump.

Trump claims that the “influx of foreign workers holds down salaries, keeps unemployment high, and makes it difficult for poor and working class Americans – including immigrants themselves and their children – to earn a middle-class wage” and that about “half of all immigrants and their US-born children currently live in or near poverty, including more than 60 percent of Hispanic immigrants.”

“Every year, we voluntarily admit another 2 million new immigrants, guest workers, refugees, and dependents, growing our existing all-time historic record population of 42 million immigrants,” Trump detailed in his proposal. “We need to control the admission of new low-earning workers in order to: help wages grow, get teenagers back to work, aid minorities’ rise into the middle class, help schools and communities falling behind, and to ensure our immigrant members of the national family become part of the American dream,” he continued.

Trump’s paper also castigates one of his opponents, Sen. Marco Rubio (R-Fla.) — the author of the last Congress’ “Gang of Eight” amnesty bill — as being the “personal senator” of billionaire Mark Zuckerberg due to Rubio’s support of the I-Squared bill, which would raise the base H-1B visa cap from its current 65,000 to 195,000.

Zuckerberg, the social media magnate who founded Facebook, is a principal behind FWD.us, a pro-immigration lobbying group seeking expansion of the H-1B program.

Meanwhile, Bloomberg reported that the Democratic National Committee wasted no time in denouncing Trump’s plan and associating other Republicans with Trump’s xenophobic vision for the United States’ future.