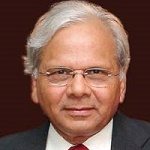 Although these glaciers are high in the mountain range, they are a symbol of what affects all of us — from rising sea levels to altered monsoon patterns to flooding and to sustainable water supply in river systems. Climate change is a global phenomenon and this region will get affected for sure.

Meanwhile, President Barack Obama, during the GLACIER (Global leadership in the Arctic Cooperation, innovation, Engagement and Resilience) conference in Anchorage, has cautioned global leadership, Republican climate deniers and other skeptics about the dangerously high level melting of Alaskan glaciers. On the occasion, he stressed that about 75 billion tons of ice is melting away each year, underscoring the need for a global action to stabilize the climatic changes.

The global emissions need to stay below 1,000 giga tons of carbon in order not to exceed the two-degree threshold. However, by 2011, countries had already emitted over half of this budget, and if current emission trends continue, we will exceed it before 2050.

The temperature in Arctic region is increasing due to the burning of forests in the area, which is producing a huge amount of soot that is triggering permafrost to melt. With that, a huge amount of carbon dioxide trapped in the permafrost over millions of years will release into the atmosphere, adding to the already overwhelming the global air temperature.

When it comes to tackling global warming in India, I often encounter the statement, “The US and Europe have been burning fossil fuels for 150 years.  They caused the problem, so they are the ones who should fix it.”

Although it is true that the developed world is largely responsible for the global warming, glaciers in the Himalayas or elsewhere don’t allow us to offer any excuses. Though the developing countries including India were not much responsible, the challenge is so huge that we must be part of the solution.

If we look at the statistics, it is the world’s second largest economy and most populous country, China (28%), is now producing greater share of CO2 emission. Meanwhile, the next three are USA (14%), EU (10 %), and India (7%).  This indicates that the top four polluters account for a total 58% of total global emissions. As per the trends, India will soon cross the EU.

India has a population of over 1.2 billion and rising.  During the last decade, India added 156 million more people and, at the same time, lifted 250 million people out of poverty. Each one of these 250 million people demands a higher living standard, which will directly lead to increase in carbon dioxide emissions, and this cycle continues.

The only way to break this cycle is through innovation.

Meanwhile, India is planning to construct 292 dams in the Himalayas to double its current hydropower and to add 6 percent to projected national energy needs. However, the fragile Indian Himalaya would have one of the highest average dam densities in the world, with one dam for every 32 km of river channel. The ongoing glacial changes (glacier lake expansion, outburst and flooding) and geo-hazards will threaten the dam infrastructure downstream. All retreating Himalayan glaciers have turned into moraine dammed lakes (caused by debris). Rapid accumulation of water in these lakes could lead to a sudden breach of moraine dam, causing catastrophic glacier lake outburst floods (GLOF). In recent times, many GLOF related floods have damaged infrastructure and human lives in this region.

India needs to become a world leader in green technology by using its young human resource and pursuing political attitudes that encourage the development of world class green companies. It must pursue green transportation strategies like efficient mass transportation systems.

Only by following these strategies can India assume its rightful role and become a shining beacon in a multi-polar world. Our children, and our children’s children, will thank us for this foresight. And, if they could speak, even the glaciers of the Himalayas and Alaska would also thank us!

(The writer is a consultant on education and climate change, based in Seattle. He is a former Vice-Chancellor of University of Calicut, Kerala, and Professor of Environmental Sciences at the Jawaharlal Nehru University.)