Having beef with the beef that those have with beef is confusing. 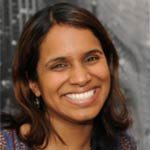 WASHINGTON, DC: Born as a Hindu in Amrika, you might not be surprised to know that I’m not a fan of beef.  But not for the reason you think… I saw CNN coverage sometime in 2003 about the first case of Mad Cow disease (it has a fancier name).  I got a little concerned because it’s fatal, hard to detect, and symptoms include loss of coordination.  It turns out that I’m a smidge clumsy at times and thought I was at the end of my line. Thankfully, I was reassured that being a klutz was natural to me.  But I didn’t love beef enough to leave the world for it.  So we parted ways mostly.

In the grand scheme of things, given the stats, it seems a pretty silly reason to opt-out of beef.  Yet not as silly, in my humble opinion, as believing that one’s Hindu-ness is tied to our cow friends.

Don’t get me wrong, I think cows and many other living creatures are pretty cool.  In fact, I think cows in India are pretty darn cute. I’ve also spent stretches as a vegetarian and I don’t disagree with a certain booster shot it can offer in steadying the mind.  But let’s be real – being Hindu transcends bacon cheeseburgers (used to love those by the way). And we can’t claim the name and then beat someone to death.   It’s a good thing we don’t believe in hell.

I am by no means an expert on Hindu thought.  My family may have even been considered “holiday Hindus.”  But over the years as I explored for myself, I came to realize that its essence is pretty amazing, pointing towards acceptance, oneness and love.   Not unlike the heart of many other religious traditions.

In fact, at the American Bazaar’s Philanthropy dialogue this past weekend, in Washington, DC, we heard the remarkable story of a Muslim man from Bangladesh who embodies that heart.  Rais Bhuiyan was shot in the face in a hate crime incident in Texas after 9/11 but ended up lobbying to prevent the shooter’s execution.  He says his faith and parents motivated his reaction.   When Rais isn’t at his day job as an IT professional, he’s travelling the world talking about compassion, forgiveness and healing.   Attendees from all religious backgrounds were moved by his story.

I came back from the event inspired, but also even more annoyed and frustrated at the growing beef over beef in India, the recent Oregon shooting and other intolerances in the world.   Argh. I was primed to send a raving Facebook rant.

But then I stopped, took a breath and realized two things:  1.  Nobody “likes” Facebook rants including myself; and 2.  Where’s my compassion and love that I was just talking about? Doh!

I’m nowhere near as evolved as Rais.  I sometimes have a hard time forgiving a wrong order at Starbucks.  But I can recognize that if I believe in those real “Hindu” values, I need to remember them more often.

It’s not at alright that we end lives because of burgers.  But it also doesn’t help if we hate on the haters.  Having beef with the beef that those have with beef is confusing.

Instead, what if we could elevate and transform the conversation where we could speak up and stand up to hate with empathy, compassion and love?  And where we realize that even a wrong order at Starbucks or being cut-off on the Beltway calls for applying those values?  How would the “hate” respond when it is not hated back?

As you can see I have more questions than answers, which makes you wonder why you read this far, I’m sure.  Moo.

All I know is Rais and others that get it (see below) were onto something I should remind myself of more often.

“An eye for an eye makes the whole world blind.” – M.K. Gandhi

“Darkness cannot drive out darkness: only light can do that.

Hate cannot drive out hate: only love can do that.” – Dr. Martin Luther King, Jr.

(Malini Sekhar is the co-founder of the children’s book series, ‘The Little Loka Series’.)