Khanna gifted Clinton a box of 26 sweets inspired by 26 festivals in India. 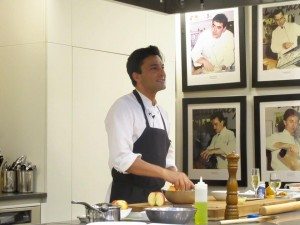 On the occasion, Khanna also gifted Clinton a box of 26 sweets inspired by 26 festivals in India.

Khanna said that when Indians across the world celebrating ‘Navratri’, the box of sweets represented the festivals in a unique, culturally rich and contemporary avatar.

He has the plan to auction a copy of Utsav in India to raise funds for the Smile Foundation that works for children who are insufficiently fed.

“Festivals are a big celebration for everyone, but sometimes everyone is not included. Festivals should not be restricted to a few privileged people but everyone should be able to celebrate them,” Khanna said to PTI.

Khanna took more than 12 years to complete his masterpiece. He travelled across the country to understand the soul of festivals from the Jagannath Yatra, Krishna Janmashtami to Rosh Hashanah, Sindhis’ Cheti Chand and Losar in Ladakh.

The book also gives a detailed account of the important festivals celebrated across India, including its history and sacred ingredients used in Indian heritage.

Khanna describes “Utsav” as his breath and has dedicated the book to trans-genders.

Khanna is planning to present the copies of Utsav to 12 world leaders, including the US President Barrack Obama and Pope Francis, who have inspired him.

“It is a great opportunity to be able to represent India” and show its cultural diversity and rich cuisine through the book, Khanna told PTI.