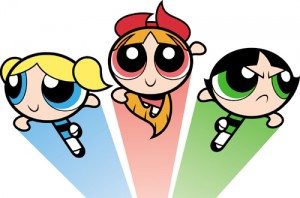 American animated series “The Powerpuff Girls” is all set to return on cable television channel Cartoon Network right across Asia Pacific in an all-new series on April 9, just days after the global premiere in the US.

In addition to the debut in 85 million homes on Cartoon Network, Turner’s other kids channels in the region — Boomerang, Toonami and POGO — will also air the premiere at the same time as Oh!K, TCM Turner Classic Movies, Warner TV and truTV. Simultaneously, channels operated by affiliate partners, notably Astro Ceria in Malaysia and TV5 in Philippines, will also be a part of the launch.

“‘The Powerpuff Girls’ will be simply everywhere! Whatever channel you turn to on April 9, and whatever screen you’re using, there will be Blossom, Buttercup and Bubbles saving the day before bedtime!

“We’ve waited a long time to see these super-cute and super-fierce girls return to action, and the all-new series marks the return for one of Cartoon Network’s best loved franchises,” Mark Eyers, chief content officer-kids, Turner Asia Pacific, said in a statement.

Superhero-sisters Blossom, Bubbles and Buttercup are known to their fellow citizens of Townsville as “The Powerpuff Girls”. Together, they protect their beautiful, bustling metropolis from sinister evildoers, intent on taking over.

One of Cartoon Network’s most enduring original series, the initial run of The Powerpuff Girls, created by Craig McCracken, premiered in 1996 and earned two Emmy Awards along with five nominations and countless animation honours throughout its 78-episodes.

The series also spawned a feature film with Warner Bros. Pictures in 2002.