None of the 20 cows inside facility were injured. 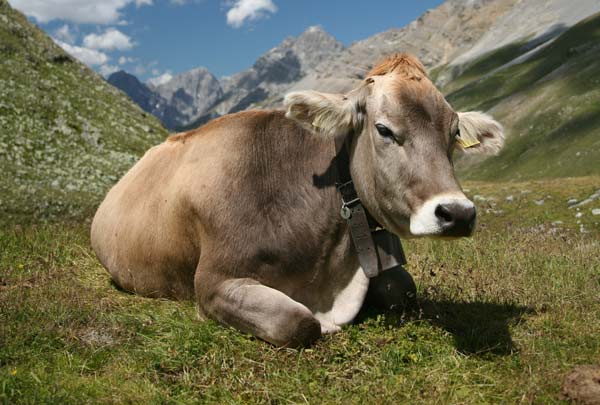 In what appears as an attempt to hurt the religious feelings of Hindus, a severed head of a cow was placed at a Hindu cow sanctuary in Pennsylvania. The police have registered case of “ethnic intimidation.”

According to sources, the severed head of the cow was placed at the Lakshmi Cow Sanctuary in Monroe County.

The Pennsylvania State police have confirmed that the incident happened in between Saturday night and Sunday morning. They also said it is “ethnic intimidation, criminal trespass and harassment.”

“The victim’s religion is Hinduism. In this religion, the cow is (a) symbol of life and may never be killed,” said State Trooper Carrie A. Gula,

According to sources from the sanctuary, none of the 20 cows inside the facility was injured.

The cow head came to the notice of Sankar Sastri, who runs the sanctuary could. IANS quoted their reporter saying “but he’s not letting this taint what the sanctuary is all about.” He also added, “Now the sanctuary has a chance to educate folks about Hindu beliefs in spite of a disturbing deed.”

Sastri told the station, “I hope this doesn’t magnify anymore. I don’t want to take it to the next side. I hope just a prank. They probably didn’t realize. People are unaware of what we’re about.”

Instead of getting intimidated, Sastri aims to use the incident as a tool to induce the knowledge of Hinduism and the importance of cow worship.

According to reports, the cow sanctuary is about 20 years old. The owner of the farm, Sastri, is a retired professor and former dean of the New York City College of Technology.

He relocated to the Jackson Township a few months back from a location not far from the place.

He was quoted by lehighvalleylive.com saying that the slaughter site was like a scene from the movie “Godfather” where the head of a severed horse was placed on the bed of a man as a warning from don. But “they didn’t leave it in my bed.” Sastri said.

Rajan Zed, the president of the Nevada-based Universal Society of Hinduism, said that “Hindus are highly concerned” about the incident and asked Pennsylvania Governor Tom Wolf and Monroe County Chairperson John R. Moyer to reassure the community.

“It was shocking for the hard-working, harmonious and peaceful US Hindu community numbering about three million, who had made a lot of contributions to the nation and society, to receive such signals of hatred and intimidation,” he said in a statement.