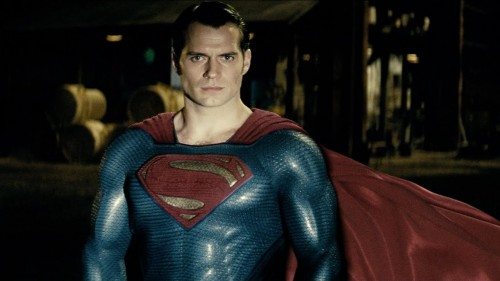 Cinephiles and superhero nerds all around the world have been waiting for what seems like eons for an onscreen showdown between two of the most beloved superheroes of all time – Batman and Superman. Although each have successfully existed in various incarnations and franchises for over 5 decades, till date, there had never been a live-action showdown between these two legendary heroes. After the super (pun not intended) success of Zach Snyder’s Man of Steel, the writer-director came up with an idea that would finally pit Batman and Superman together, creating expectations to an unprecedented level. The film was also declared as being the gateway to the DC Comic Cinematic Universe, like Marvel, which will allow different superheroes to have their own film and then culminate in a Justice League film.

On a side note, I must add, there was as much controversy as excitement prevalent when the film was announced, due to the casting of Ben Affleck as Bruce Wayne/Batman (more on this later).

The question on everyone’s mind is: does the film deliver? Here’s the rundown.

Plot wise, the movie is fairly straightforward. After the events of Man of Steel, Superman (Henry Cavill) is being questioned as an entity. There are perceptions of him being a savior that mankind really needs, whereas there are also naysayers who believe his unyielding power could have devastating effects for the world without deterrence. One of these naysayers includes Bruce Wayne (Ben Affleck), who believes that a man with too much power could be beholden to abuse it any moment. These suspicions are further cemented when eccentric businessman Lex Luthor (Jesse Eisenberg) creates circumstances where the world is forced to determine whether Superman is truly a hero or not. And the only way this would be proven is with a fight to the finish with the other caped figure – Batman. Who will win, Batman of Superman? Will Superman prove his nobility, or will Batman expose him as a fraud? Will the two join hands to fight a bigger evil which is looming in the corner? Watch Batman v Superman: Dawn of Justice to find out.

First to the performances, there is no doubt that casting Ben Affleck as Batman was a correct move. Affleck lends his own style and distinct mannerisms to Bruce Wayne. It is a distinct Batman then the campy Adam West, the suave George Clooney, the dark Michael Keaton/Val Kilmer, and the cocky/brooding Christian Bale. This is a no-nonsense Batman with a sharp intellect, driven by a singular goal – to stop Superman at any cost. He is fearless and is undoubtedly the most brawny Batman we have seen till date. The controversy behind this casting, glad to say, is unfounded. The only problem is for me as a viewer, from time to time, I could only see Ben Affleck as Ben Affleck and not Bruce Wayne, but it is not a huge distraction.

Henry Cavill plays Superman marginally better this time. He still does not have the full charm of Christopher Reeve, Dean Cain, or heck even Brandon Routh, but he still plays the character well enough that you will genuinely feel bad for him. His portrayal of Clark Kent is still missing the kind of befuddled, lovable trait that Clark is known to have, which traditionally makes it harder for one to figure out that Clark and Superman are the same. Cavill plays Kent as a serious do-gooder, which makes the character seem boring, and removes the identity duality core that makes Superman interesting as a character. Amy Adams plays Lois Lane as she should, nothing new here. Gal Gadot is seductive as Diana Prince/Wonder Woman. Although she has a small role in the film, as she will get her own full length movie, she leaves an impact. Trust me, this is a dream cinematic display of the character, and elicited claps in the theater when she arrived. Jeremy Irons gives a unique portrayal of Alfred as a more blunt and unpleasant character, as opposed to the father figure we typically know Alfred to be. Diane Lane is excellent in her small role as Martha Kent.

The real star of the movie is Jesse Eisenberg as Lex Luthor. He puts in the right energy, weirdness, obsession, and creepiness to the character. Because the movie is stuffed with superheroes, Eisenberg’s character stands out because he is just a normal rich man with massive (evil) ambitions. You cannot predict what, in his insanity, he will do next, and Lex has never been portrayed as “off the hinges” as much as Eisenberg plays him. Some of his best moments in the film, aside from his intellectual sounding one breath sentences, are from his facial expressions without dialogue which convey so much with so little. Kudos to him for creating a compelling interpretation of the character!

The cinematography and visual effects are top notch and of course, this goes without saying, Hans Zimmer and Jungle XI’s score is perfection. Also, Zach Snyder’s direction works well, with the actors never going to terrible missteps in their performances. The action is also incredible, and is what really saves much of the film. It is that single reason that I ended up liking this movie.

If there is anything where any debate should happen, it should be about the script and editing. The film is a tad long at 2.5 hours, and could have done away with some of the cheesy emotional moments in the first hour. However, once the action starts, the movie is relentless, which I appreciated. Some may argue that emotional moments are necessary to give a film a break from action or to provide character development, but that is precisely the film’s weakest point. For one thing, although Bruce Wayne’s back story is not told with as much angst as previous Batman films, the lack of some depth to Bruce’s emotions on that aspect of his life harms the Bruce Wayne characterization. You never feel any sympathy (or for that matter anything) for Bruce Wayne/Batman. You just accept him at face value, but never really “like” or root for his character. Although I appreciate that the film did not reinvent the wheel yet another time in showing the entire tragedy of Bruce Wayne’s life, the few glimpses the film does show, has absolutely no bearing on Bruce in the movie. He never really brings it up and he does not seem too troubled by his past. The only connection comes towards the end of the Batman Superman fight, and that too in what I thought was a lazy and incredibly filmy resolution. Surely there could have been a better way to develop Bruce and an even better way to bring closure to the Batman Superman fight. I also believe that the motivation behind the rivalry of the main characters was not well justified.

Another weak point is that Lois Lane is underdeveloped here. Her only role is to be a feisty reporter in a couple of scenes, be in trouble (miraculously Superman really stalks her well and saves her every time), and cry in cheesy romantic moments (which gratefully are few and quick). Surely, Lois is better than that.

Keeping everything in mind, I give the movie a 7/10. All of the technical aspects of the film are excellent, and it is entertaining, but it does truly falter at a script level. It is a difficult film to write and I do applaud the effort by the makers. I also am looking forward to the new era of standalone DC films, but I hope the Justice League gets it right where this movie failed. Go for it, if you want to have some fun, but do not compare it to other Batman/Superman movies.

(Vikrum Mathur is an actor, and avid film buff who resides in Maryland.)