Fans lash out against wrong woman, as Beyonce’s ‘Lemonade’ creates a stir.

The New York-based Indian American fashion designer Rachel Roy has become the most hated woman on planet Earth, as far as fans of the singer Beyonce are concerned, after the singer referenced a mysterious woman on her album ‘Lemonade’ in which she seemingly reveals that husband Jay Z cheated on her. Fans started to slam and threaten, however, the wrong woman also, popular host Rachel Ray.

“Lemonade” dropped on HBO Saturday, and since then social media has been crackling over the current state of Beyonce and Jay Z’s marriage, as well as centering on fashion designer Rachel Roy being “Becky with the good hair,” a lyric on Beyonce’s new album, reported the San Francisco Chronicle.

Roy added fuel to the fire when she posted a photo to her Instagram (which is now private) just a few hours after “Lemonade” aired, captioning the photo, “Good hair don’t care, but we will take good lighting, for selfies, or self truths, always. live in the light #nodramaqueens.”

Roy had been previously been attached to rumors that Jay Z cheated on his wife back in 2014. At the time, many tabloids even reported that Roy was the reason Solange Knowles attacked him in the elevator of Manhattan’s Standard Hotel.

However, Food Network star Rachael Ray is being targeted by angry Beyhivers instead of Roy, with many taking to her Instagram to post lemon emojis or threats that they will never watch Ray’s show again, said the report.

“Oh I loved hot chicken fajitas but I will never make them again after what you did you did to the Queen,” wrote one user. Many rushed to the defense of Ray, writing that fans were attacking the wrong Rachel/Rachael. 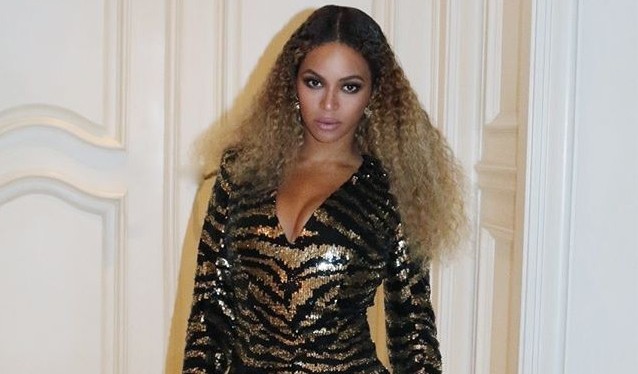 On Sunday, Roy took to Twitter to defend herself.

“I respect love, marriages, families and strength,” she posted. “What shouldn’t be tolerated by anyone, no matter what, is bullying, of any kind.”

The Indian American designer was raised in Seaside, California, in the Seventh-day Adventist Church. Her brother Rajendra Roy is chief film curator of the Museum of Modern Art in New York, according to Wikopedia. Roy’s mother is Dutch and her Chennai-born father is Bengali Indian.

Roy attended Columbia Union College (also called Washington Adventist University) in Takoma Park, Maryland and left to move to New York City where she worked as a wardrobe stylist and interned at the fashion label Rocawear.

At Rocawear, she rose to the position of creative director of the women’s and children’s divisions and met her future husband, Damon Dash. In 2004, Roy launched her eponymous fashion collection.

In August 2009, Roy launched The RACHEL Rachel Roy collection, an affordable diffusion line of sportswear, shoes and accessories. The label “RACHEL Rachel Roy” is available exclusively at Macy’s in the United States and at The Bay in Canada. Also in summer 2009, Roy and Grammy Award-winning British pop singer Estelle announced via Roy’s Twitter feed their collaboration on a jewelry line for the Spring 2010 RACHEL Rachel Roy collection. Roy designed a capsule collection in partnership with model Jessica Stam for Macy’s stores and RachelRoy.com in Fall 2010.