First woman to be elected secretary of AAHOA. 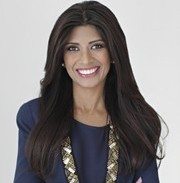 Jagruti Panwala is the new secretary of the Asian American Hotel Owners Association (AAHOA), the first female to be elected to the position since the inception of the organization three decades ago.

Panwala is now also in line to become the first female chairwoman of the organization in 2019, reported Hosipitalitynet.

AAHOA’s all-volunteer board of about 36 come from members who own hotels across the country. Four volunteer members hold leadership positions: secretary, treasurer, vice chairman and chairman.

Officers hold each post for one year after being elected secretary. Panwala won a contested election for secretary over two male counterparts in the historic election.

A resident of Ivyland, PA, Panwala served the vote last month as female director at large – eastern division. She will serve as secretary for 2016-2017. Officers progress from secretary to treasurer to vice chair to chair on a yearly basis.

Panwala was born in Surat, India. Her family emigrated to the United States in 1988. She was offered an academic scholarship to attend East Stroudsburg University of Pennsylvania and graduated with honors and degrees in finance and economics.

Since 1998, she has operated a successful financial services practice. She is owner and president of Wealth Protection Strategies, a company with a focus on asset protection and wealth transfer, buy-sell/key person and business succession, and life insurance solutions.  She directs an advanced team of professionals to help her clients create their legacy.  As an owner of multiple hotels, Panwala has spent many years in various positions from administration to owner operator.

She is a lifetime member of the prestigious Million Dollar Round Table (MDRT). She is a perennial Platinum level ACE (Achieving Client Excellence) qualifier for John Hancock Financial Network, consistently placing herself in the top 50 producers among thousands of JHFN representatives across the country. She has received awards as Associate of the Year & Leading Life Producer at Keystone Financial Management, whom she is affiliated with at John Hancock Financial Network.  She is a current member of NAIFA (National Association of Insurance Financial Advisors).

Since 2010, Panwala has been an active AAHOA participant at events such as Regional Conferences and Annual Conventions. In 2011, she was elected to serve as AAHOA’s Female Director at Large, Eastern Region.

She is an active volunteer for Surati Modh Vanik Samaj of U.S.A., an Indian-American organization that focuses on future generations and their role in their community while teaching them about their heritage, language, and culture. She has devoted her life to her community both in the United States and in India.  She is also a committed member of the Hindu Temple Society of Atlantic City.

Panwala currently resides in eastern Pennsylvania with her husband and two children.