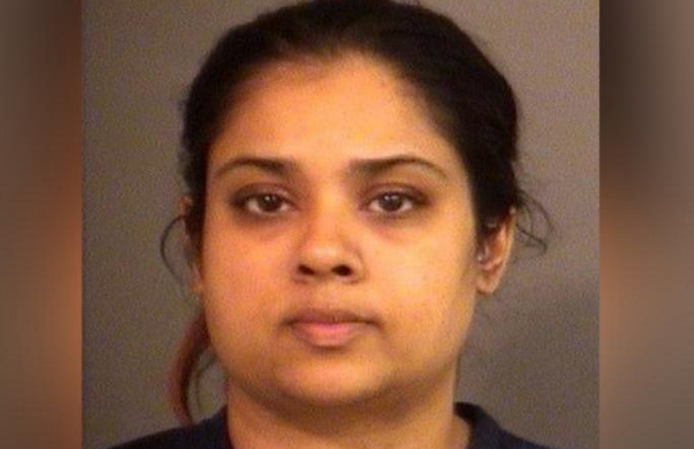 There is tremendous support for Purvi Patel – the first woman in the US to be sentenced for feticide for having an illegal abortion – and her appeal to overturn her 20-year-prison sentence.

The Indian American-origin Patel had her first hearing in her appeal in front of the Indiana Court of Appeals Monday, in an attempt to overrule the controversial conviction, and the judge asked the state to give evidence that she gave birth to a live child.

Bustle reported that although parts of the story remain unclear, Patel’s case reveals a problem with Donald Trump’s abortion stance that providers should be punished for administering the procedure.

Back in March, the presumptive GOP nominee Trump told MSNBC’s Chris Matthews “there has to be some form of punishment” for women who have abortions. After intense backlash for the comment, Trump backtracked to say doctors or anyone else providing an abortion should be punished, not the women themselves. In a statement on his website, he said: “The woman is a victim in this case as is the life in her womb.” He tried to further clarify his stance in an interview with The New York Times Magazine’s Robert Draper last week, saying women “punish themselves” and he didn’t mean they should be put in prison.

Bustle noted that however, Patel’s case highlights the fact that often times, the woman and the provider are the same person.

The 34-year-old was accused of buying medication online to induce an illegal abortion and neglecting a premature baby that could have lived. The state alleged that Patel gave birth to a live baby despite her consistent claims that she delivered a stillborn child, which constituted the additional charge of neglect. A 2009 Indiana law established stricter punishment for the death of a fetus in response to the murder of a pregnant woman, and prosecutors argued that it allowed them to charge Patel for feticide.

“Because women with no other solutions end their own pregnancies, Trump’s claim that he would punish abortion providers, not women seeking abortions, isn’t any better for women than his initial statement that implied women would go to prison. When you end your own pregnancy, you become both the patient and the provider, so if performing an abortion is a punishable crime, women will absolutely end up behind bars,” noted Bustle.

In a blog, Reason.com noted that feticide laws were originally enacted to punish crimes against pregnant women that also result in the death of the fetus inside her. Indiana is now using its feticide law to punish a woman for possibly self-inducing an abortion, with Patel’s case.

“If this case were only about a woman who clearly gave birth to a live baby and then killed her child, it would be clear cut,” noted The New York Times’ Emily Bazelon last year.

Reason.com noted: “There is a line between pregnancy and birth, and once it is crossed, the state has just as much at stake in protecting the life of a newborn as it does in protecting the life of anyone else. But the evidence that Patel’s baby was born alive is sharply contested. The pathologist who testified for the defense, Shaku Teas, said the baby was stillborn. Teas told the court the fetus was at 23 or 24 weeks gestation and that its lungs weren’t developed enough to breathe…”

More than two-dozen self-described “health and bioethics experts” and “reproductive justice and women’s rights organizations”—including New York University Law School’s Carr Center for Reproductive Justice and the National Advocates for Pregnant Women—filed an amici curiae brief in support of Patel before her trial.

At least one judge on the Indiana Court of Appeals seems sympathetic to this view. During yesterday’s hearing, Judge L. Mark Bailey questioned whether the use of other harmful substances, such as cigarettes or alcohol, would justify feticide charges in the event that something went wrong with the pregnancy. “I mean, what is it that we’re going to start prosecuting here?” Bailey asked, reported Reason.

Indeed, if Patel’s conviction is upheld, Lynn Paltrow, executive director of the National Advocates of Pregnant Women, warns that “…[T]he state of Indiana would be the first in the nation to declare that a feticide law is actually an abortion criminalization law that permits the punishment of the woman herself.” In other words, state feticide laws such as the one in Indiana are backdoor attempts to criminalize abortion and to chip away at the rights guaranteed under Roe v. Wade.

Another element that many advocates point to is the role of racial and cultural stereotypes at play in cases like Patel’s, noted Iyer.

“There is starting to be evidence regarding the disproportionate prosecution and sentencing of Asian women in terms of neonaticide and feticide cases,” says Miriam Yeung, executive director of the National Asian Pacific American Women’s Forum (Panna Krom). “This is not surprising given the inaccurate stereotype that Asian-American women make poor reproductive choices because of cultural norms.”

“In Purvi’s case, public misconceptions about South Asian cultural views of sexuality and premarital sex intersected with an intense zeal to police women’s bodies and their pregnancy outcomes in a criminal justice system that disproportionately affects people of color. All of these factors, combined together, led to a disastrous outcome for Purvi.”

Iyer noted that there is a distinct pattern emerging that reflects the criminalization of Asian women in feticide and neonaticide cases. First, there is the broader context of restrictions on reproductive rights, which include a set of laws called sex-selection abortion bans that have a particular focus on Asian women. Proponents of these laws, passed in eight states already, exploit the stereotype that Asian-American women would choose to abort female fetuses due to a supposed cultural preference for sons. Indeed, hearings related to a sex-selective abortion ban were occurring in Indiana when Patel’s case was being prosecuted. (That ban has since been included in a broader set of restrictions signed into law by Indiana’s governor earlier this year).

Additionally, there are several incidents of prosecution and sentencing that have affected Asian-American women in particular. In Indiana, prosecutors charged Bei Bei Shuai, a pregnant Chinese woman suffering from depression, with attempted feticide in 2011. Shuai, who tried to commit suicide, survived while the fetus did not. The state held Shuai in prison for a year until a plea agreement was reached.

In Connecticut, Panna Krom, a first-generation Cambodian-American woman, is serving an 18-year sentence for drowning her child when she was 16 years old. Krom’s lawyer is currently seeking a clemency request from the state, which points to several factors including shorter prison sentences conferred upon women in similar situations. And in just the year after Patel’s sentencing, two South Asian women in New York—Nausheen Rahman in Staten Island and Sharon Seudat in Long Island—have been charged with second degree murder in situations that seem quite factually similar to Patel’s.

Whether Asian-American women are being disproportionately targeted under feticide and neonaticide laws requires further data collection and analysis, but it is important to note that there are some cases where non-Asian women are treated differently by the legal system, wrote Iyer.

Take the case of Alicia Keir, a White woman from Hammond, Indiana, who gave birth on board a cruise ship. The cleaning staff found a baby’s dead body under one of the beds in Keir’s cabin. In April 2015, Keir was charged with involuntary manslaughter by the state of Indiana. She pleaded guilty and told the judge that she should have gotten help after delivering the baby. Yet Keir was sentenced to one day in prison and received two years on supervised release. While the facts of Keir’s case are not entirely similar to that of Patel’s, it is important to note the disparities in terms of the sentences the two women received, and the standards used to determine whether the women had neglected to provide care after birth.

“The treatment of Patel in Indiana has mobilized Asian- and South Asian-American women and organizations. Groups like Apna Ghar in Chicago have organized panels and discussion sessions to raise awareness about the impact of Patel’s case. NAPAWF is holding a rally outside of the Indiana Court of Appeals at 1:15and is encouraging women to attend the oral arguments in person or online. They urge supporters to use the #FreePurvi hashtag on social media. Advocates are certain that the appellate court’s decision will have a major impact on Patel’s life—and on the rights of women all around the nation,” wrote Iyer.