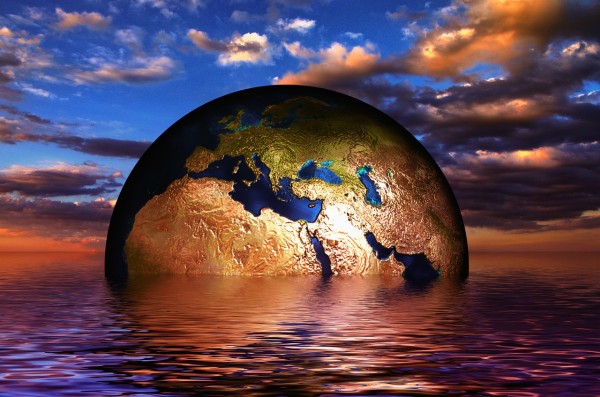 Climate change is no longer the talk of the so-called ‘experts’ and scientists, it is a clear and present danger, being experienced by common folk all over the world. It was recently experienced by the people of Uttarakhand, the north Indian Himalayan state what witnessed practically no winter precipitation that aggravated its forest fires to an unprecedented level and also resulted into shrinking of many glaciers and loss of winter fruit crops of apple and apricot.

Little wonder, global temperature is rising and rising much faster and 2016 could be the hottest year in humankind’s recorded history as the UK Met Office estimates.

And, its impacts are felt across Europe where tourists used to rush during the summer months to embrace its cooler climes, but this year it remained illusory when London became sultry hot and Paris witnessed a grave flood.

Now, heat has spread further north when Nuuk, Greenland’s capital, on the country’s southwest coast, soared to 75 degrees Fahrenheit (24 Celsius) on Thursday, June, which was the warmest temperature ever recorded in the Arctic country during June. Even New York City was cooler with only 71 degrees, as reported by the Washington Post.

It was just not the summer, but the winter also that was the warmest winter on record in the Arctic, says the National Snow and Ice Data Center (NSIDC), a part of the Cooperative Institute for Research in Environmental Sciences at the University of Colorado Boulder. NSIDC scientists provide Arctic Sea Ice News & Analysis content, with partial support from NASA.

It reported that these large areas recorded their warmest conditions in 67 years of weather model data, including the northern half of the Greenland ice sheet. The Arctic sets yet another record low maximum extent and the Arctic sea ice was at a record low maximum extent for the second straight year, according to scientists at the National Snow and Ice Data Center and NASA.

“I’ve never seen such a warm, crazy winter in the Arctic,” said NSIDC director Mark Serreze. “The heat was relentless.” Air temperatures over the Arctic Ocean in December, January and February were 2 to 6 degrees Celsius (4 to 11 degrees Fahrenheit) above average. “The Arctic is in crisis. Year by year, it’s slipping into a new state, and it’s hard to see how that won’t have an effect on the weather throughout the Northern Hemisphere,” said Ted Scambos, NSIDC lead scientist.

The scientists warned the world that climate change could cause the earth to lose its permanent polar ice caps from the North and South Poles, resulting into a rise in the earth’s sea level and many coastal cities, even the countries like the Maldives will submerge into the sea and to attract the attention of the world’s playmakers, the entire cabinet of this island nation conducting an underwater meeting on October, 17, 2009, but then, no one paid attention.

Now, better the world must listen, else it could be just too late.