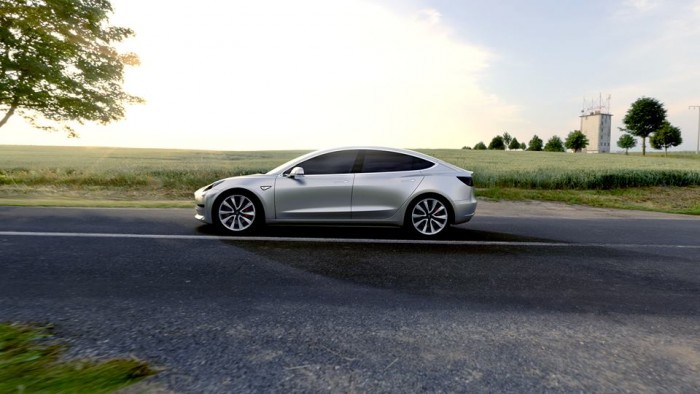 The dream ride of self-driving cars in the US without causing a single fatality have come to an end as the US government announced that an accident involving a Tesla Model S Sedan has killed its 40-year-old owner after the inbuilt camera of the vehicle supposedly failed to differentiate between the bright sky and a tractor-trailer.

Joshua D Brown of Canton, Ohio, was all praise for his Tesla Sedan, which he nicknamed “Tessy”. He had earlier posted a video on YouTube showing off the impeccable autopilot mode of his car, reported the AP. But, it seems like Brown took the autopilot of his Tesla Model S for granted and met with a fatal accident just a month after he posted the video.

The government records accessed by AP has blamed the failure of the autopilot system on the Tesla Model S Sedan in determining a truck-trailer on a bright sunny day sky. If the autopilot had worked it would have applied the brakes, avoiding the fatal accident, which is the first ever involving a self-driving vehicle in the US.

The driver of the truck was quoted by the AP saying that the Tesla driver was watching Harry Potter on the TV screen while the accident happened and the car rammed into the trailer, with no attempts made by the autopilot or the rider to pull up.

In contrary to the statement given by the truck driver, Tesla Motors Inc. has claimed that it is impossible to watch videos on the Model S touchscreen. Also, there was no mention of the driver watching TV in the initial police report.

The deceased has been identified as a member of the Navy SEALs for 11 years and founder of Nexu Innovations Inc. He had earlier published a video of the ill-fated car avoiding a crash when a commercial truck came on a collision course. Brown wrote a caption for the video that read “Hands down the best car I have ever owned and used it to its full extent.”

Tesla in an official statement said Brown was “a friend to Tesla and the broader EV (electric vehicle) community, a person who spent his life focused on innovation and the promise of technology and who believed strongly in Tesla’s mission.”

It also warned the customers about the possible glitches in its self-driving system as it requires more perfection, which they said will be achieved over the years. The also stressed the importance of drivers being alert even during the self-drive mode.

Tesla founder Elon Musk expressed, “Our condolences for the tragic loss” in a tweet late Thursday.

The company said this was the first known death in over 130 million miles of autopilot operation.

Tesla is not the only makers who have faced issues with automatic braking system. Earlier, Toyota had to call back 31,000 units of Lexus and Toyota cars as it found that the radar in these cars mistook steel joints or the plates in the road for a hindrance ahead and applied brakes.

Ford also faced a similar crisis when it had to recall 37,000 F-150 pickups because they found the vehicle pulling up even when there was no object blocking the way.