Kejriwal has a lot to do to improve quality of life in India’s capital. 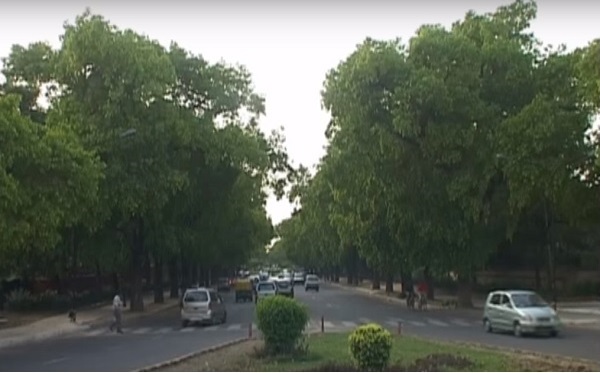 The Chief Minister of Delhi, Arvind Kejriwal, and his government would have to do much than the controversial ‘Odd-Even’ program to cut down vehicular traffic and curb pollution on the streets of India’s capital, based on National Aeronautics and Space Administration satellite research

The research depicts how much sunlight is blocked by airborne particles, providing a proxy for levels of pollution. The data show parts of the Indo-Gangetic plain — stretching across northern India from eastern Pakistan on one side to Bangladesh on the other — suffer some of the planet’s worst haze in October through January after monsoon rains end in September, reported Bloomberg.

On average during those months, as much as 10 times more solar beam was blocked over the plain from 2008 to 2014 compared with the U.S., signaling substantial concentrations in the air of the tiny, toxic PM2.5 particles that damage health.

While New Delhi is heaving with millions of vehicles, exhaust-pipe emissions in cities in the densely populated plain are just part of a complex picture, according to Pawan Gupta, a research scientist at Goddard Earth Sciences Technology and Research in Greenbelt, Maryland, said the Bloomberg report.

“During the post-monsoon season, the Indo-Gangetic plain is one of the most heavily polluted regions,” Gupta said. The burning of vegetation, for instance by farmers or for cooking, as well as a winter climate and a topography that traps pollutants, all add to the problem, he said.

A ribbon of 17 cities across or near the plain — with a combined population of about 55 million — dominates the World Health Organization’s ranking of the 30 metropolises with the worst air. The chain starts with Peshawar in Pakistan and heads south and east in a shallow arc through New Delhi and onto Narayanganj in Bangladesh.

Hemmed in by the Himalayas, the region has what Gupta calls a valley-like topography that helps trap pollutants when temperatures cool. The NASA data on so-called aerosol optical depth also show heavy pollution in pre-monsoon summer months across the plain, in some parts as much as eight times more than average readings in the U.S.

That’s partly because of dust billowing from the Thar Desert in northwestern India, according to G.P. Sharma, vice president of meteorology at Skymet Weather Services Pvt. in New Delhi, the Bloomberg report said.

The World Bank in 2013 estimated the annual cost of environmental degradation in India at $80 billion. That’s an indication of the overall blow for Asia’s No. 3 economy from pollution, even as companies such as Amsterdam-based Koninklijke Philips NV and Japan’s Sharp Corp. see growing sales of products such as air purifiers.

New Delhi has tried banning cars with big diesel engines and experimented with periodic curbs on when vehicles can be used based on their number plates. India and Pakistan are also pursuing ambitious renewable-energy agendas to cut reliance on dirty fossil fuels.

When WHO data for PM2.5 is plotted, the concentrations are pretty similar across most regions, including those outside India, according to RTI’s Doraiswamy. That suggests this is a regional problem and requires a coordinated strategy, he said.