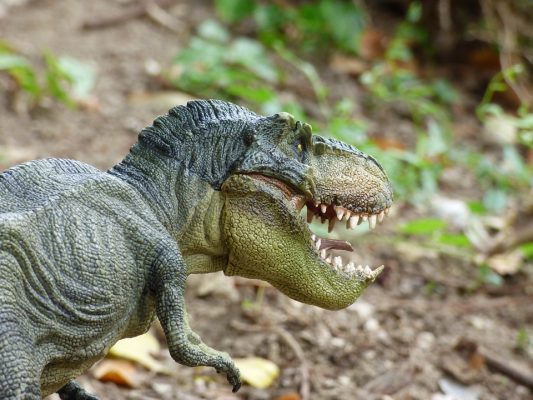 A new study by scientists has found that a volcano eruption in India and the aftereffects of an asteroid strike caused the extinction of dinosaurs 66 million years ago.

“It’s quite likely both the volcanism and the asteroid were to blame for the ultimate mass extinction,” Dutton said.

“The Deccan Traps weakened the ecosystems before the asteroid slammed into the Earth – it’s consistent with an idea called the press-pulse hypothesis: a ‘one-two punch’ that proved devastating for life on Earth,” she added.

The study says that mass volcanic eruptions that happened in the Deccan Traps in India raised the temperature substantially leading to the weakening of dinosaurs. About 15,000 years later, an asteroid that smashed into Mexico further worsened the conditions leading to the mass extinction.

The team used a new technique called the carbonate clumped isotope paleothermometer to analyze the Antarctic Ocean temperatures to arrive at the conclusion. They analyzed the isotopic composition of 29 well-preserved shells collected on Antarctica’s Seymour Island and reconstructed the ocean temperature during the extinction.

After the analysis, the scientists found out two significant rises in the ocean temperature near the end of the Cretaceous Period that coincided with two important happenings. One was related to the volcanic eruptions in the Deccan Traps area of India and the other one was connected with the asteroid strike in the Yucatan Peninsula in Mexico.

The Deccan Trap was one of the largest volcano-concentrated areas in the world. The largest lava flow from the area had spread across 1,500-kilo meters across India leading to the temperature spike. Scientists found that due to the eruption, Antarctic Ocean’s temperatures increased by 7.8 percent. But the impact of asteroid strike was much smaller than this.

The study was published in Nature.