Review: With ‘Sultan,’ Salman Khan continues to prove why he is a superstar 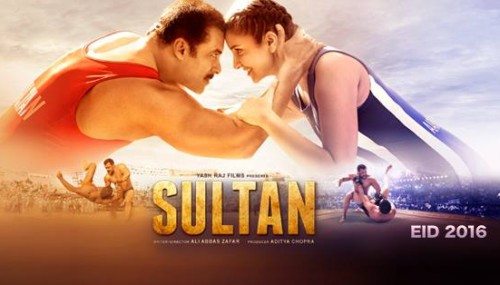 However, Anushka Sharma, who performs better than Salman, is the real star of the movie.

Eid is special every year for desi moviegoers. This is not simply because of the glorious time that Eid is, but also because millions of fans anticipate the release of a Salman Khan starrer on this day, which has in itself become an annual event. This year’s entry is the Ali Abbas Zaffar directed Sultan, produced by Aditya Chopra, and co-starring Anushka Sharma.

Salman and Yash Raj Films proved how formidable of a combo they are with their last collaboration Ek Tha Tiger, so expectations for this entry have been doubled as a result. Additionally, the film has also been in the news for a myriad of “controversial” reasons, such as the expected clash between it and Shahrukh Khan’s Raees (which has been delayed to January 2017) and the possible similarity the film shares with Aamir Khan’s Christmas release Dangal (also about wrestling, but based on a true story). Furthermore, it was questioned whether the director, although two films old, would be able to handle a film of this magnitude after making Mere Brother Ki Dulhan and Gunday.

Does Sultan live up to the hype? Let’s find out…

Sultan tells the story of Haryana’s Sultan Ali Khan (Salman), a vagabond who wastes his days chasing kites and basically just having fun. One day, when he bumps into Aarfa (Anushka), he falls madly in love with her. When Aarfa, a wrestler, insults Sultan about his career prospects, Sultan decides to become a wrestler to win her love and respect. Sultan’s career begins to rise and he and Aarfa get married. However, a series of unfortunate events eventually drive the two apart, and Sultan gives up on wrestling. Will Aarfa and Sultan get back together? Will Sultan regain his glory? Watch Sultan to find out!

Salman Khan has certainly come a long way as an actor. In this film, he is subtle, understated, and “human”, unlike the Dabangg type characters that he is known to play. Sultan is a character like many of us, who succumbs to basic human emotions, whether it be ego, anger, love, and grief.

The superstar has finally realized that movies that touch one’s heart and entertain them are the most long lasting, which has been prevalent in his previous two films as well, Bajrangi Baijaan and Prem Ratan Dhan Payo. By moving away from his usual masala fare, Salman is proving with the success of these emotional films that he is a superstar, as they have been making even more money than his previous efforts. His sincere performance in this film will count as one of his very best. Pay particular attention to his breakdown scene after he is referred to as a “dead person”.

What can one say about Anushka Sharma that does justice to her. She gets better and better with each film. She is so natural here, that your heart really goes out to her. Out of all of the actresses, she does emotional scenes the best, hands down. I say, she was the real star of the movie, and performed even better than Salman in most scenes.

The supporting cast is also brilliant, including the actors that play Anushka’s father, Salman’s friend, Amit Sadh, and Randeep Hooda. No overacting anywhere, and each character is given enough scope to enable the audience to understand what that person is all about.

Music by Vishal-Shekhar is ok. Quite simply, nothing to hit home about, though the songs Jag Ghoomeya and Baby Ko Bass Pasand Hai are somewhat catchy. 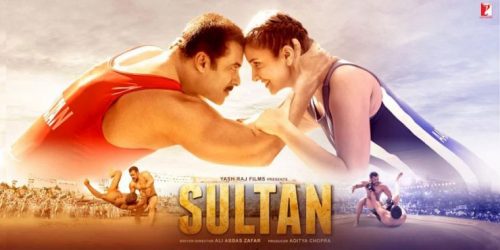 The cinematography is standard, and the real issue in the film is the editing. It is a tad too long, and draggy, especially in the second half. The first half is perfect, however, the second half’s consistent focus on too many types of boxing matches eventually wears the audience’s patience thin.

Truthfully, how many of the same type of matches can we see? We get the point! It would have served the film better if they only showed the “big final” match. Additionally, too many songs also spoil the broth. The film could easily have done away with 2-3 of them. That would have cut the movie by at least 45 minutes.

The direction and script by Ali Abbas Zafar is phenomenal. The movie never gets overtly filmy or melodramatic, and remains true to its rural roots. It is impressive how this young filmmaker has matured so much, as compared to his last two films. If this movie is anything to go by, he has a very bright future ahead!

One criticism about the writing, however, is the way that Aarfa’s character is written. She comes across as very shallow, a person whose love hinges only on Sultan’s success. When she does fall in love with him, you still wonder, is she really in love with him or his status as a world champion? That ambiguity about the purity of her character’s soul is not properly etched in the film. It may make her, in some instances, quite unlikable.

The success of this film lies in its focus on the characters’ emotional core. You can put as many wrestling scenes as you want, but an audience can only connect with a film if the characters are likable and understood. Because Sultan succeeds in this, in addition to its star power, I have no doubt that the film will break many records.

I give Sultan a 7/10. It’s a film for the whole family with a rollercoaster of emotions, which sucks you into the film’s journey. Laugh, cry, and cheer for Sultan!