Important center of Vedic learning between 5th to 1200 AD. 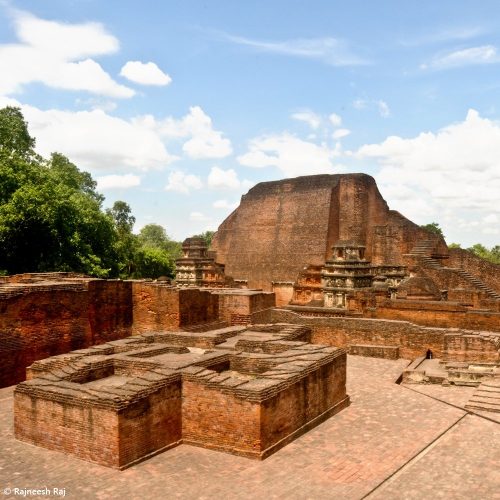 Nalanda University or known as Nalanda Mahavira, one of the oldest study centers in India, has been declared World Heritage Site, by the UNESCO, on Friday.

Situated about 98 Km. away from Patna, the state capital of Bihar, Nalanda is considered as one of the prominent Buddhist monasteries in ancient India.

“Nalanda stands out as the most ancient university of the Indian Subcontinent. It engaged in the organized transmission of knowledge over an uninterrupted period of 800 years. The historical development of the site testifies to the development of Buddhism into a religion and the flourishing of monastic and educational traditions,” UNESCO said on its website.

Nalanda was an important center of Vedic learning between 5th to 1200 AD with scholars from many parts of the world, including China, Tibet, Korea, and Central Asia gathering here for acquiring knowledge. The university flourished under the kingdom of Magadha but was destroyed in 1193 AD during the invasion of Turkish army led by its commander Bakhtiar Khilji.

The site was abandoned since its destruction. The remains of the university were recovered by The Archeological Survey of India (ASI) that started an excavation of the site in 1915. It includes 11 monasteries and six brick temples spread across an area of 12 hectares. Many sculptures, coins, seals, and inscriptions have also been recovered from the site.

The ASI had sent a 200-page nomination dossier in January last year to the UNESCO, following which an expert team of International Council of Monuments and Sites (ICOMOS) had inspected the site in 2015.

There was a doubt whether Nalanda would be declared World Heritage Site, as there were some technical flaws in the dossier submitted. The issues were sorted out in a meeting of Chanchal Kumar, the principal secretary to the Bihar chief minister, with the UNESCO officials in Paris.

Along with Nalanda, the UNESCO declared the Zuojiang Huashan Rock Art Cultural Landscape in China, the Persian Qanat in Iran and the ceremonial center of eastern Micronesia World Heritage Sites.