A shocking scene was witnessed at the unveiling of a new statue in Davis, California, with some Sikh protesters hurling abuse at the champion of peace, calling him a pedophile and a racist, and that he committed genocide.

The occasion was the unveiling of the Gandhi State of Peace in Davis’ Central Park, on Sunday. It was a gift from the Indian government. However, what was supposed to be a day of celebration turned into repeated interruptions of the ceremony’s speakers, including the Consul General of India, reported the Sacramento Bee.

About 75 protesters gathered at the park and accused Gandhi of racism, genocide and rape and even made claims that Gandhi was linked to the Islamic State terror group, according to the Bee.

Davis Mayor Robb Davis defended the unveiling and continued on with the ceremony despite the interruptions. The city of Davis decided to embrace Gandhi as a peaceful protest advocate, KCRA-TV reported. 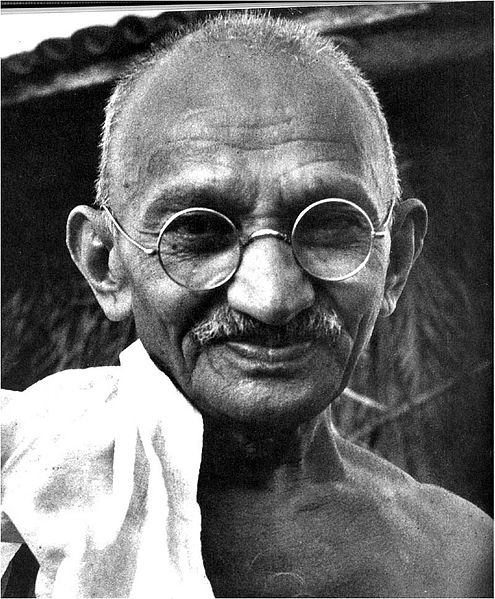 “We have to practice nonviolent conflict resolution every day, and I think we’re trying to do that,” Davis said.

Though most of the crowd showed support for Gandhi and painted him as a “great leader” and “humanitarian,” there were plenty of people who expressed their displeasure in the statue, reported Fox News.

Many in the crowd called Gandhi a pedophile for sleeping with his teenage grandnieces to test his chastity. Others used megaphones to chant, “Gandhi, Gandhi you can’t hide, you committed genocide” and “racist Gandhi.”

Amar Shergill, a Sacramento Sikh activist, told the Bee that the statue shouldn’t have been placed in a children’s park, rather the Davis Art Center.

“If the statue can go up, it can come down,” he added.

The city of Davis debated on Aug. 30 on whether to erect the statue in the park. The protesters – who the Bee reported were Sikhs who were outraged at the Indian government – passionately debated with the city council and other residents over the statue.

Mayor Davis and Vice Mayor Brett Lee were outvoted by the rest of the council, despite the heated debate. Lee later admitted that the statue was “mistakenly viewed as a noncontroversial item.”