Ivanka Trump will celebrate this Diwali at Rajdhani Temple. 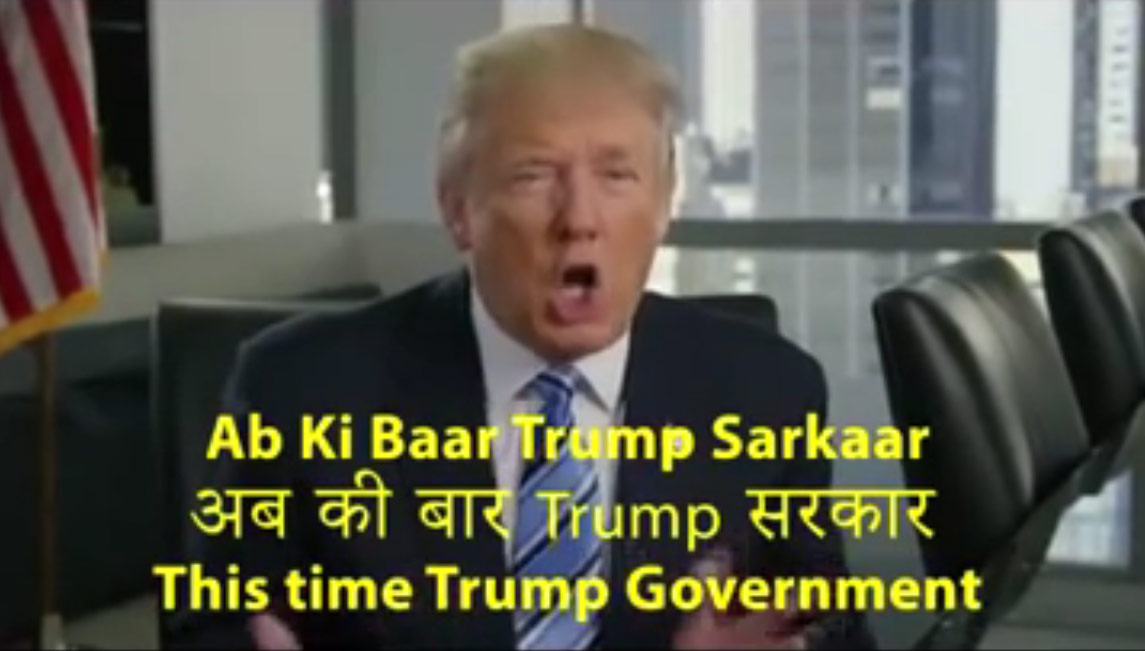 The distraught republican campaign managers have released a video on Wednesday via TV and digital media that is aimed at wooing the Indian Hindu Community in the US.

The video, which has been launched through the official Indian American Advisory Council of Trump campaign, will be the first effort made by the US presidential candidate to exclusively reach out to the Indian Americans, said Salabh Kumar, a Chicago-based Indian American businessman and chairman of the Republican Hindu Coalition, that hosted a fundraising event that was inaugurated by Trump two weeks back.

The video, which is intended for the upcoming festival of Diwali, ends with the Republican presidential candidate Donald Trump addressing the Indian Hindu Community in the US in Hindi. Towards the end of the 58-second video, Trump says ‘Ab ki bar Trump Sarkar’.

The Hindi tagline used by Trump seems to have been copied from the campaign of Indian Prime Minister Narendra Modi. The video also has the clips of the recently concluded Humanity Against Terror rally, organized by the RHC in Edison, New Jersey. During this event, Trump had said that he was a “big fan of Hindu” and inaugurated the event by lighting a traditional lamp.

In the video, Trump also says he look forward to working closely with Modi and adds that the Indians and Hindus will have a good friend in the White House if he is elected as the next president.

“This is a strong message and the first time that a presidential candidate in America is reaching out to Hindu Indian community exclusively. We also saw him at the RHC program where he addressed the community just three weeks before election day,” Kumar said. He is himself a big donor for Trump’s campaign having contributed over a million dollars.

“There are no issues with using our Hindu identity since Jewish Americans and many others too have powerful lobbies,” Kumar, a staunch supporter of PM Modi, said. Republican Hindu Coalition is an Indian American lobby group, launched last year. It claims to have raised over $1.5 million for Trump’s campaign.

The Trump and Hillary camps are eagerly waiting for the D-Day that is fast approaching when the US citizens will elect the successor of Barak Obama to the White House. With Donald Trump falling behind Hillary Clinton in the presidential race, mainly because of his frequent confrontations with controversies – the latest being the sexual allegations leveled against him by several women – republican campaign managers are considering all available options to boost his image.

In the meanwhile, Ivanka, daughter of Donal Trump will celebrate this Diwali at Rajdhani Temple at Chantilly on Wednesday.