What do you expect with Shakeela on the show? 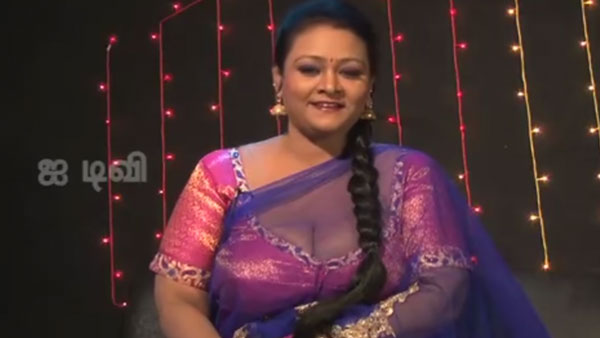 While heated debates are going on in many parts of India about including sex education in school curriculum, a group of TV channels in Tamil Nadu are sharing misleading views about sex through their lousy programs.

These so-called sexology programs on some Tamil TV channels are designed to titillate viewers, especially men. Anchors usually dress in a racy way like in B grade masala movies and a doctor will be there in each episode to clear doubts of viewers.

People can make a live call or send a letter asking a question which will be read by the anchor followed by an explanation by the doctor. Along with this, the doctor gives a detailed lecture on a chosen subject.

The damage caused by these programs lie in the unscientific information they pass on to the common man who watches the show seriously.

On I TV, there’s a program “Antharangam” hosted by actress Shakeela, who was once the queen of South Indian adult film industry. Dr. M. Palani appears along with her to give some ‘expert’ advice.

In another show, the anchor asked a caller whether he has worshiped his “ayutham” (weapon) during ayutha pooja (a ritual held during Navratri)! Such dirty talks are all aimed at titillating the male viewers.

In another program, “Samayal Manthiram” on Captain TV, the doctor once went on to comment on the specialty of the anchor’s body parts.

However, not all sexology programs are mediocre. “Doctor X” on Sun News, in which sexologist Dr. Kamaraj appears along with a male anchor, provides reliable advice based on facts.