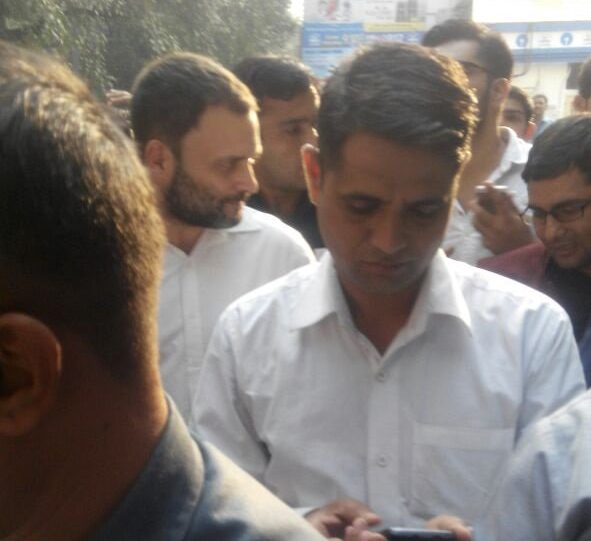 There was widespread discontent in India following the central government’s announcement of demonetization of Rupees 500 and 1000 currency notes.

Three people died in separate incidents in Maharashtra and Kerala while they were standing in the queue at bank counters for exchanging their old notes, reported The Indian Express.

Vishwanath Vartak, 73, collapsed and died while waiting in the queue at an SBI branch at Navghar in Mulund in eastern suburbs of Mumbai. He was rushed to a nearby hospital immediately, but was declared brought dead, said the police.

In Alappuzha district of Kerala, a senior citizen collapsed while waiting in a queue at State Bank of Travancore. He was declared dead when taken to a hospital. Witnesses said that the man was standing in the queue for more than 45 minutes. In another incident in Kerala, a 48-year-old man identified as Unni fell off the third floor of the building in which the bank was functioning in Thalassery, Kannur district. The police are investigating whether it was a suicide or accident. An NDTV report said that Unni had deposited Rupees four lakh on Thursday.

Hundreds of people lined up in front of banks across the nation to exchange and deposit their old notes which were banned from November 8 midnight onwards. Most of the ATMs in the country remained closed on Friday though it was informed earlier that money would be made available in ATMs from Friday onwards. People who reached the ATM in expectation of withdrawing money returned in despair after seeing them closed.

Experts in the banking sector say that it will take some days to make ATMs functional as some changes have to be made in the software used by machines. The chaos and trouble are likely to continue for a week.

“I waited for an hour in the queue and minutes before my turn the ATM was already down. My biggest problem is buying groceries and paying for other petty expenses,” a 35-year-old housewife Aditi Saha in Kolkata told Indian Express.

People had to wait in queues for hours to exchange the old notes at banks. Many banks ran out of money in the initial hours of Friday. Banks sought the help of police force to control the queues.

In a surprise move, Congress vice president Rahul Gandhi visited SBI’s Parliament House branch in New Delhi to exchange currency. Gandhi reached the branch at around 4.25 PMand waited for his turn in the queue to show his solidarity with the people.

“People are facing hardships. That’s why I have come to join them. I am here to exchange my Rs 4,000 with new notes,” Rahul Gandhi told reporters. “Neither you (reporters) nor your crorepati owners nor Prime Minister will understand the problems faced by people,” he added.

In the meanwhile, the central government announced, on Friday, that the banned notes could be used to pay utility bills like water, and electricity and for making payments to the state and central government in the form of taxes, fines, and penalty until November 14. The notes can also be used in government hospitals, for traveling in government buses, railway tickets, and flight tickets.