Be warned – please spend at least 10 minutes to read the following through. Or skip. 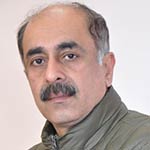 This corner is in continuation to the previous titled, “Demonetization in India – A silent scream, a plea, and a suggestion, to help the 20 million homeless, and those in bonded labor and slavery in India”, of November 25. That column had highlighted the plight of the poorest of the poor, and specifically for two classes of people – the homeless in India, and those unfortunate souls who are leading lives in modern slavery in India – and laid out three specific vehicles that the government must use immediately to lessen the pain of demonization visiting this class of citizens of India.

The homeless can perhaps not even own a mobile phone or open a bank account, and the enslaved cannot even physically get out of their bonded confines – their owners, masters, and pimps will never allow that. Just to acquaint you, the reader, there are at least 20 million of such souls in India who fall under the prism of what this corner is talking about.

Even among the poorest of the poor, these are two categories that deserve most compassion. This corner argues that the executive actions that the government is now taking in the wake of demonetization can – and must – be used as tools and opportunity to bring some sunshine into the lives of these most unfortunate.

Now, of course, to implement what this corner will suggest below, does require money. Where will the money come from? The previous column had clearly identified two areas of focus and tossed the teaser of a PPP mechanism to generate resources. Subsequent to that column, what brought some joy was an announcement by the Prime Minister, on the very next day, that the government will set up a “Prime Minister Garib Kalyan Kosh”, PMGKK (or, PM Poor Welfare Fund) to ameliorate the sufferings of the poorest of the poor.

With this money, the governments must – immediately increase the capacity and number of shelter homes

Firstly, talking about the homeless. There is already a governmental scheme which is supposed to lessen sufferings of the homeless –the Scheme for Shelters for Urban Homeless, under the National Urban Livelihood Mission. However, both the Centre and States of India have been absolutely lacking in any progress on this count – so much so that on November 11, 2016, the Supreme Court, has appointed a committee headed by retired Delhi High Court judge to examine the implementation of the scheme. The committee will verify available shelters for urban homeless in each state/Union Territory of India. It shall also verify whether the shelters are in compliance with operational guidelines for the Scheme of Shelters for Urban Homeless under NULM, and it shall inquire into the reasons for the slow progress in the setting up of shelter homes.

Money from the PMGKK must be immediately allocated to increase the capacity and number of shelter homes that we have in India for the homeless. Plus, at least for next one month, until December 31, the government and state agencies must use money from this PMGKK to run temporary community kitchens, food-patrols late at night and early mornings to give food packets to those found sleeping on the roadsides, and in such forms of homelessness. Or, maybe even sell food-packets to the homeless in exchange for old currency during these patrol rounds. This will ensure that the homeless who are already battered in life, get at least some food if they are unable to buy anything with any old currency that they may have, over the next one month.

With this money, the government must – immediately increase the capacity and number of Anti-Human Trafficking Police Units

Secondly, talking about souls that are trapped in modern slavery, and lead lives of imprisonment at hands of human traffickers and owners of bonded labor. It is the stated policy of the government of India that each of the 650 districts of India must have an Anti-Human Trafficking Police Unit (AHTPU). However, what we have today are only 215 such units, according to latest reports.

To bring a ray of hope in the lives of over 18 million Indians living in servitude and modern slavery, the existing 215 AHTPU must be immediately ramped up with manpower and resources, and given express instructions to immediately launch a special drive to weed out the nodes and dens where people are held in captivity and against their will. In parallel, all state governments and the center must together set up temporary AHTPU in the remaining 435 districts of India to go after and smoke out as many still living lives from these dens of the netherworld.

Freeing up of as many people in servitude, opening of their bank accounts, and helping them to deposit any savings they may have in old currency, should be the highest priority for the AHTPUs across the country with the money they are given from the PMGKK – immediately.

Of course, knowing the mechanisms and limitations of government schemes, they are two-legged animals. Money is not the only criteria – the process, the implementation, and the leadership skills of the officials tasked is equally important. This corner assumes that the second leg – of delivery skills is a given, and therefore looks only at how to boost the coffers of the welfare fund in pursuit of its mission to propose a realistic roadmap to lessen the pains of demonetization on the two categories highlighted above.

In the previous column, cited as above, this corner had given the teaser of a PPP approach that could generate a sum of up to, or more than Rs. 20,000 crores (or, US$ 3 billion) towards the above two objectives – shelter homes, and AHTPUs. The proposed PPP hereinafter referred to as the “Anjaan Daani Yojana” ADY (Unknown Donor Scheme), is now detailed below for consideration by officials who will be tasked to achieve objectives for which the PMGKK has been set up.

Anonymous drop-boxes should be set up in multiple locations across the country, where people could come and drop off old-currency notes of Rs. 500 and Rs. 1000 – without revealing themselves. Those who have run out of all options to deposit legit old currency, and also run out of all options to convert old-to-new at hugely discounted rates, and still have sackfuls of cash which they cannot deposit, or convert, for fear of legal action – what can they do?

This class of people can either continue to hoard the old currency – in some vague hope of future, or could shred, or burn, or dump their old currency notes in some river canal, or something else – we cannot under-estimate what power of Indian jugaad ! Whatsoever it be, there will be an estimated cash in old currency, upwards of 300,000 crores that falls in this category, post December 31, 2016.

There are of course many wheels-within-the-proverbial-wheels in the implementation of the ADY scheme as proposed by this column. Our job as a think tank is to bubble up ideas. The job of the government and any task-forces that it sets up is to think and work with the levers that they have – towards service to citizens of India.

In the Anjaan Daani Yojana (ADY), the first and foremost question in mind of any citizen of India shall be – the issue of secrecy, or anonymity. I may have 10 crores of rupees which despite my best and creative, jugaad methods I have not been able to legitimize – plus I may be afraid of any inquiries, searches that may knock at my door – and I want to rid myself of this illegitimate burden. But without any trace or trail to me.  I may have now reached a point where I just want to – actually get “rid” of this money.

This is where the “Anjaan Daani Yojana” ADY, (Unknown Donor Scheme) comes in.

What is the Anjaan Daani Yojana?

Under the ADY, any citizen of India can walk up to designated drop boxes and drop off bags or packets of – clothings (especially woollens, for the winters), books (any, novels, textbooks, other), and any other package (hint, hint – bundle of our old currency notes, in any sized bag).

This above strategy is multifold – the designated drop boxes may be in banks (a drop-box that is 3 ft x 3 ft x 5 ft tall), or petrol pump outlets of the government-owned PSUs, or any such locations that the task force of the Prime Minister’s task force may deem appropriate.

Why add the contribution of bags of clothing, and books to this PPP? Elementary, Watson – anyone who at last resigns herself to drop her millions of the now-paper-money at any drop-box will also be worried – what if I am video-graphed while dropping this package? Will this come back to haunt me?

Give the donors a cloak. Anyone walking to a drop-box, and plonking a bag in it, could be dropping old, used clothing (now that winter is upon us, especially woollens); could be dropping books (to be used, distributed in schools and libraries across India); or, could be dropping a bag filled with old currency notes. So, even if a video is made of everyone who comes and drops a bag at this drop-box, the videography should not be able to distinguish what the dropper dropped in the box. 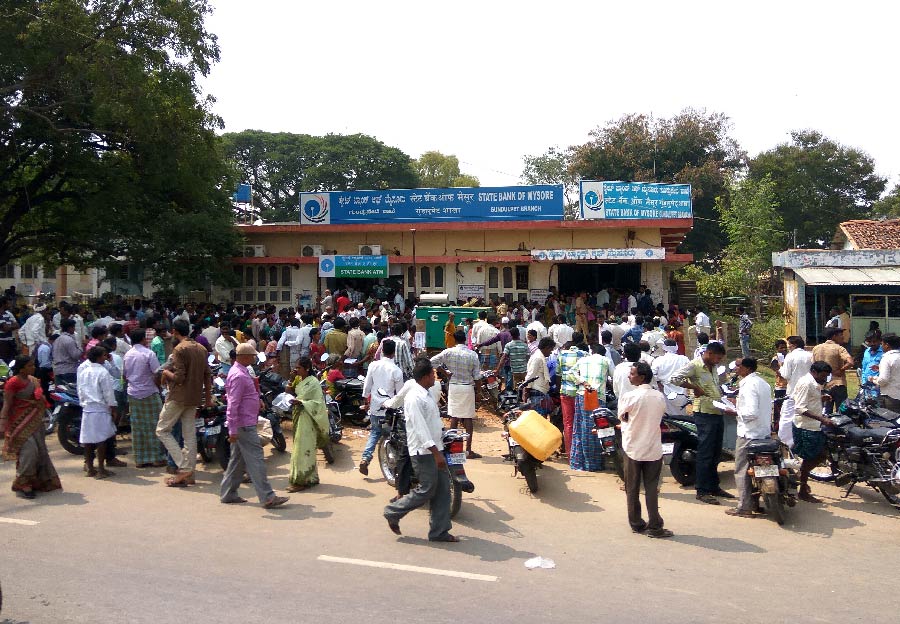 The government must absolutely stay away from prying into the private lives of citizens of India. With all these flip-flops on policy since November 9, it is a real danger that the credibility of the Indian government is becoming increasingly doubtful. The government of India must stand and live by its word. If the government adopts the Anjaan Daani Yojana – it must stay true like a gold-standard on what it commits. Else – do not do it.

As per estimates of this corner, there is about Rs 3,35,000 crore (US$ 50 billion) of illegitimate cash that will be destroyed by the time this exercise of demonetization ends in India – say, by March 31, 2017. This corner is attempting to salvage some of that money that may go to the dog-house, into a productive impact for the bottom-est of two categories of the marginalized in India – the homeless, and the bonded, servitude souls of India – numbering over 20 million, at least.

This money that comes from the Anjaan Daani Yojana will go and add to the coffers of the Prime Minister Garib Kalyan Kosh. Officials in the government of India who are tasked to bring compassion to the lives of the poorest and marginalized in India will have even more money. Then all that remains is delivery by the government. That is what the government is supposed to do – deliver.

Sure, there are various more re the mechanism of the ADY – but, hey, is that what not we are paying tax money, and the government smart-officials are supposed to get their salaries from our tax-money?  The task force of the PM Poor Welfare Fund must come out with immediate steps of what it plans to do with the money collected in the name of the poor of this country. And tell us how it will spend that money effectively – with what results.

That is why, my friend, I labeled this column – as compassion in times of demonetization.